Mallika Sherawat Claims A Producer Once 'Wanted To Fry An Egg' On Her Belly. Wait, What?

"The producer seemed to be a novice," said Mallika Sherawat 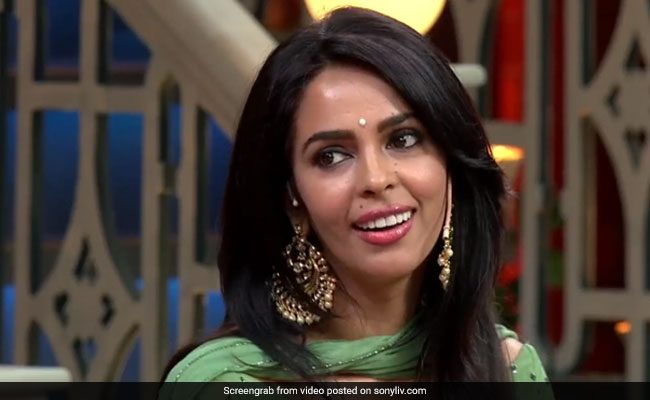 Actress Mallika Sherawat, who recently alleged she lost films because actors thought her too outspoken and had their girlfriends cast instead, has been trending after making a bizarre revelation on The Kapil Sharma Show. Mallika, who stars in ALTBalaji's new horror comedy series Boo, Sabki Phategi, was addressing Kapil's queries about certain "rumours" when she narrated an incident to exemplify the lengths filmmakers were willing to go to in order to portray her as a siren on screen. "Once I was shooting a song for a film. And the producer seemed to be a novice. So he was trying to figure out a way to portray 'Mallika is very hot.' So, he sent an idea through the choreographer - 'Can I fry an egg on your belly in the song?' It's true! The producer's actually asked me this," Mallika Sherawat said on The Kapil Sharma Show.

The Kapil Sharma Show panellist Archana Puran Singh exclaimed "Oh God!" and also asked Mallika this: "But did you go ahead with it?" Mallika laughed, saying: "No, I didn't."

In another interview for Bollywood Hungama recently, speaking to journalist Faridoon Shahryar, Mallika Sherawat revealed that a director once said: "I want to do something different. So in this dance step, aapke kamar pe nah.. main garam garam roti sekunga."

In a recent interaction with news agency PTI, Mallika Sherawat claimed she lost out on films and was replaced by the "girlfriends" of the male stars as they thought she was too "opinionated": "I lost film projects because they thought I was opinionated. I would hear from heroes 'don't cast her she speaks a lot and has a lot of opinions.' They would prefer their girlfriends instead of me in projects. I can list at least 20-30 movies that I've lost. But it didn't make me bitter. It was my gradual evolution. Now when I look back, they look like fools, all of them."

In an interview last year, Mallika Sherawat told PTI that she was dropped from films for refusing to get intimate with her co-stars outside of work: "I was thrown out of projects because heroes would say 'why can't you be intimate with me? You can do it on screen, what's the problem in doing that with me in private?' I've lost so many projects. It's very reflective of the society, what women deal with in our country."

Mallika Sherawat is best known for films such as Murder, Hisss, Dirty Politics and Double Dhamaal. She is also a Cannes regular and has international projects such as The Myth, Time Raiders and Politics Of Love on her resume.