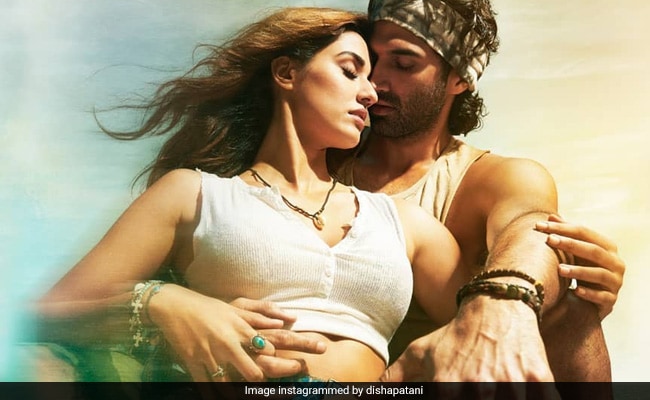 Malanag: Disha Patani and Aditya Roy Kapur in a still from the film. (Image courtesy: dishapatani)

Malang, which opened in theaters on Friday, is performing well at the box office and how. The film that features Aditya Roy Kapur, Disha Patani and Anil Kapoor in the lead roles, has managed to collect Rs 15.60 crore within two days of its release, reports Bollywood trade analyst Taran Adarsh. In his tweet, Taran Adarsh stated that the film "witnessed a substantial growth" on Saturday as it garnered Rs 8.89 crore. He added that the film is likely to experience growth on Day 3 (Sunday) as well.

Malang, which released on Friday, collected Rs 6.71 crore on its opening day. The film clashed with Vidhu Vinod Chopra's Shikara at the box office. The film opened to largely mixed reviews from the film critics. In his review for NDTV, film critic Saibal Chatterjee gave the film 2 stars out of 5 and he wrote: "Aditya Roy Kapur and Disha Patani - cannot be faulted because they give it all they have, which, unfortunately, isn't all that much considering the holes they have to plug."

Malang  is an action-thriller which has been directed by Mohit Suri, who has earlier helmed films like Ek Villain, Kalyug, Murder 2 and Aashiqui 2. Other than Aditya and Disha, the film also stars Anil Kapoor and Kunal Kemmu in pivotal roles. The film showcases the story of three compulsive killers, each with drastically different motives and methods. The film has been co-produced by Luv Ranjan, Ankur Garg, Bhushan Kumar, Krishan Kumar and Jay Shewakramani.