Malang Movie Review: Disha Patani, Aditya Roy Kapur Give It All They Have But Can't Plug The Holes

Malang Movie Review: Anil Kapoor's interpretation of the rough and ready cop is on the money. Kunal Kemmu is impressively steady. 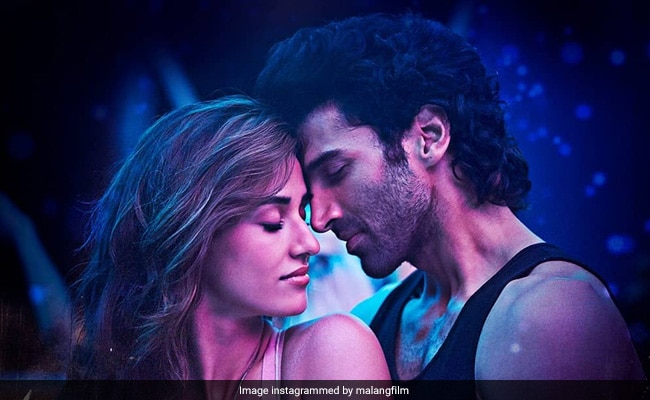 No evidence, no witness, no statement, case closed. That is the verdict crime branch officer Anjaney Agashe (Anil Kapoor) pronounces in the final scene of Mohit Suri's Malang, a thriller set in Goa, after a perfect act of vengeance has left no telltale clues. This film, in the end, is a bit like the murder that heralds the end: notwithstanding all the huffing and puffing that it does to build up a climactic confrontation between the suspect and the men in uniform. When it does play out, it does not achieve the high it seeks.

Let us understand the mess from the point of view of our man Agashe, a past master at staging encounters and cover-ups. He spends over six hours - the action in the film's present time-frame spans from a little after five in the evening till the stroke of midnight on Christmas eve - trying to figure out why a mysterious man has gone on a killing spree targeting policemen. The trigger-happy SHO, once he has cracked the case, finds no reason to press charges and seek personal glory. Exasperation and fatigue have dulled his enthusiasm.

Malang is a tale of revenge involving five key players - Advait Thaur (Aditya Roy Kapur), a young man running away from relationships; Sara (Disha Patani), a footloose NRI girl looking for excitement in the land of her migrant parents; Jezebel (Elli Avram), a golden-hearted Swedish expat who makes a living by selling herself and peddling drugs; Michael Rodriguez (Kunal Kemmu) a straight-laced police officer who believes in abiding strictly by the rules; and the aforementioned carefree cop who revels in crossing the line at the slightest pretext.

The film has style aplenty, but the core of the plot is built on devices that resemble facile contrivances rather than believable twists. As a result, despite the vim and vigour of the making, Malang is never more than middling. Beginning with a prison brawl staged primarily to establish the physical invincibility of the male protagonist, the film plunges into the two faces of policing that Agashe and Michael represent.

Cliches rush forth uncontrollably from all directions - rave parties, a collapsing marriage, youngsters out to court danger, and police raids ending badly - while the murders take place one after the other all in the course of a few hours of December 24. The past and the present are intermeshed to place before us the jigsaw pieces that explain why Advait is like a man possessed.

In the portions that unfold in the past, five years ago, he and Sara, who literally 'bump' into each other at a beach bash, become a twosome checking out activities that push their boundaries. They have "wild, wild you know what" (the act is merely alluded to, not captured on camera), pop psychotropic pills that send them from one high to another, plunge into the Arabian Sea from a precipitous cliff - unchaai se abb darr nahi lagega, exults Sara - and, to prove that heights no longer hold any terror, jump off a chopper.

The adventurous streak they embrace is in aid of Sara's mission to rid herself of her fears. Having seen her parents waste their lives, she does not want to repeat the mistake. As the story progresses, every major character is apportioned a back story rooted in familial issues. One talks of an abusive father and an unhappy childhood, another loses a daughter in a shootout, while a third man is left smarting by his parents' messy separation.

Oversimplification is the film's principal bane. Malang wants to go with complexed individuals grappling with demons inside them, but the narrative does not have the psychological bandwidth to deal with mental and emotional anguish with any degree of depth. Strangely, Malang is "written by" by Asseem Arora but the "screenplay" is credited to Aniruddha Guha. It is a case of "two" many cooks: the script skims the surface of scarred psyches and offers portraits that are too facile to force us to ignore the gaps that open up along the way.

The series of killings which rocks Goa sparks a hurried investigation even as Agashe and Michael disagree on the methods to be employed to bring the culprit to book. The pace of the film is breathless and yet it feels overlong. The narrative has a jumpy, disorienting rhythm that no amount of flash and flair can conceal.

What comes our way is a stale, generic bauble that springs no big surprises. A thriller without genuine twists - there is one big one reserved for the climax but if you know the game it is easy to anticipate - is akin to a watery chicken soup served in a leaky bowl. It is all over the place before you can say slurp. If Malang does not let you doze off, it is solely because it keeps throwing something or the other at the audience but rarely in a fashion that constitute a pattern.

The lead actors - Aditya Roy Kapur and Disha Patani - cannot be faulted because they give it all they have, which, unfortunately, isn't all that much considering the holes they have to plug. A guy with a ripped body and a girl who sizzles cannot prevent Malang from fizzling out and ending up in a situation where the cynical policeman is compelled to put a lid on the case and move on.

The two characters played by Anil Kapoor and Kunal Kemmu are far more intriguing than the young lovers whose sole aim in life is to untangle the knots on a dhaaga around the heroine's wrist - each knot denoting an inhibition that she must shed.

"I love challenge", Agashe says early in the film. It is a role right up Anil Kapoor's street. His interpretation of the rough and ready cop is on the money. Kemmu, playing a part that allows him to explore a wide range of impulses, is impressively steady. Elli Avram, in an extended role, makes an impression as a girl living on the edge and thriving on it.

If you are seeking manic, mesmeric madness, Malang certainly isn't the film for you. But it might just live up to modest expectations.