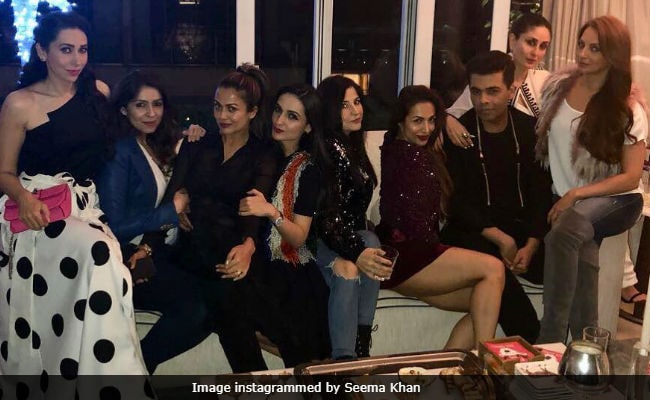 Malaika Arora with her friends at her house party. (Image courtesy: Seema Khan)

New Delhi: Have you seen the fabulous pictures from Malaika Arora's pre-Christmas party from Thursday night yet? Well, some have and have also found something 'objectionable' in hostess Malaika's outfit, which BTW was just fine. Malaika wore a maroon dress which some Instagram users think was too short. In their not-so-humble opinion, the Housefull actress needed to 'cover up a little.' Remarks like "you should cover yourself Malaika... most of the times you're drunk or almost naked," were posted in the comments section of the picture shared by Seema Khan on her Instagram page. Some Instagram users ignored the others in the photograph and picked sisters Kareena Kapoor and Karisma Kapoor out as looking uber-chic.

Here's a picture of Malaika rocking that short dress like a boss: 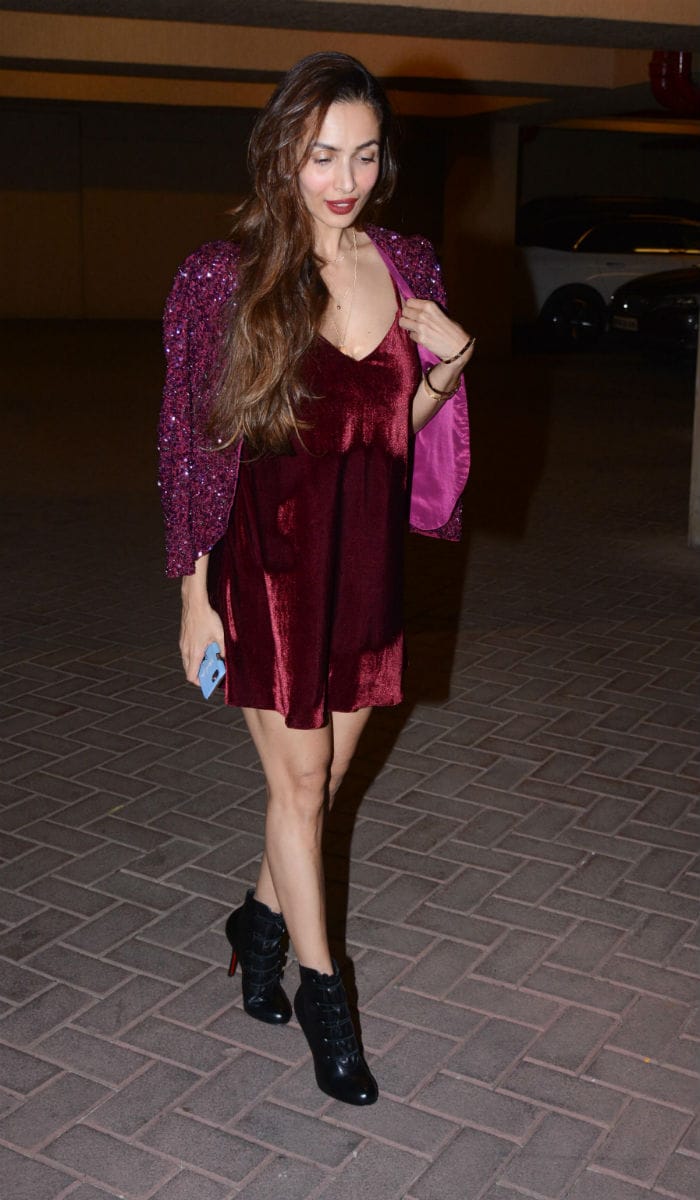 Malaika also shared a few pictures from the party on her own Instagram page, which had fewer negative comments. Malaika's guest list included Karan Johar, with whom she shared a pout selfie:

Promoted
Listen to the latest songs, only on JioSaavn.com
And here are some group pictures:

Kareena Kapoor looked perfect in an Indo-Japanese fusion dress from ikai by Ragini Ahuja while Karisma paired a Sachin and Babi polka-dotted skirt with a KNYA top. The Kapoor sisters invest well in their accessories - Kareena picked a Chanel bag while Karisma wore Valentino pumps and carried a Prendo satchel. 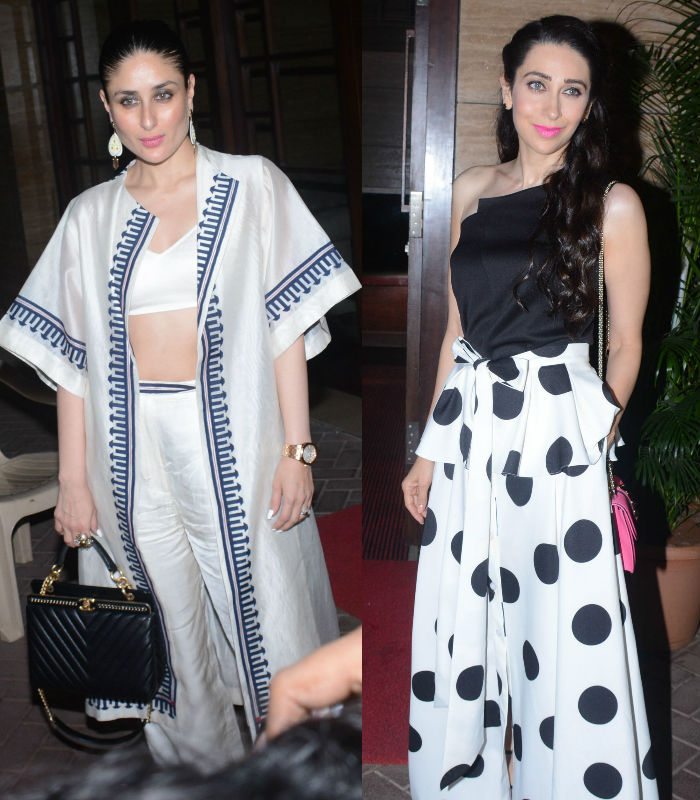