No Monday Blues For Malaika Arora. Because, "Baby Boy" Arhaan

The actress and model shared the candid picture on Instagram Stories. 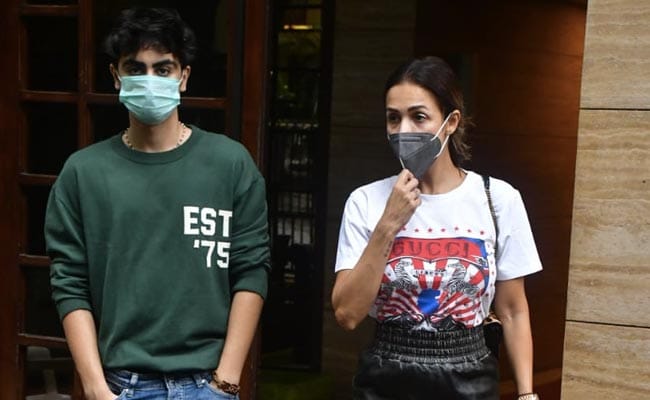 Malaika Arora and Arhaan Khan in a picture.

Malaika Arora is a woman of many talents. Acting and dancing aside, Malaika is also a model, entrepreneur and fitness enthusiast. And, if there is one role that she slips into effortlessly, it is that of a mother. The actress, on Monday, shared a picture on her Instagram Stories that showed that she likes to begin her week with her son Arhaan Khan by her side. Sharing an image of them taking a walk together, Malaika wrote, “My baby boy,” with a heart emoji. Dressed in a pair of orange shorts and top, Malaika looks lovely as ever in the photo. Arhaan too kept it casual in his pyjamas. 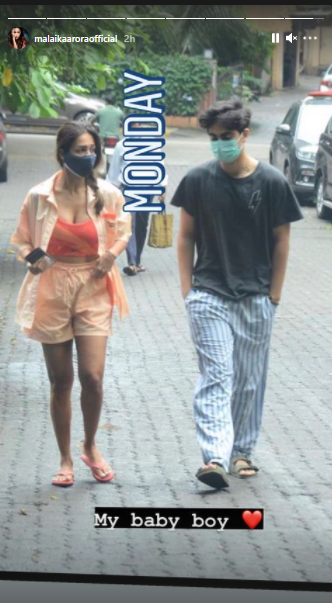 Malaika Arora often posts images of her son on social media. Recently, she uploaded a picture of Arhaan with their pet dog. Malaika wrote, “My loves, my life, my everything,” tagging her son in the image.

Reacting to the image, actress Dia Mirza wrote, “Malla! Is this the same little boy? How fast they grow up."

In another picture, we saw Malaika Arora hugging her son as they held the pet in their hands. “All mine,” she wrote, summing up the image.

In addition to her son, Malaika Arora also shares images with her sister Amrita and friends. Explaining that the sisters were foodies, Malaika shared a photo of the two posing for the camera. In the caption, she wrote, “Thinking about what should be her next meal...Me, I ate that meal.”

More often than not, Malaika and Amrita are also joined by the Kapoor sisters, Kareena Kapoor Khan and Karisma Kapoor.  In one photo, the group can be seen sitting around a table filled with goodies. “It's been a FORTUNE of memories ...to new beginnings now,” Malaika wrote in the caption.

Following a successful modelling career, Malaika rose to fame with her work in music videos. Her songs Gur Naalo Ishq Mitha, Chaiyya Chaiyya and Munni Badnaam Hui have been fan favourites for years now. Malaika Arora is currently appearing as a judge on a modelling show.