Malaika Arora's note in the book reads, "Gosh, she has really carried her pregnancies beautifully! The few of us who are really close to her put on weight with her during both her pregnancies." 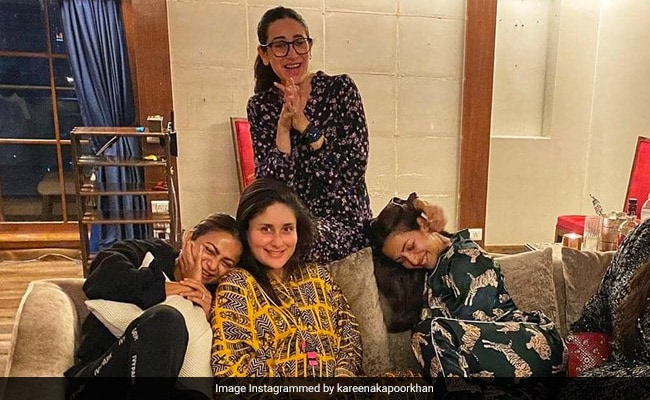 Kareena Kapoor's new book, a handbook for mothers-to-be, includes a note from her friend Malaika Arora in which she reveals that the 40-year-old actress' core group of friends put on sympathy weight while Kareena was pregnant and that Malaika would remind her to "sit like a lady" through both pregnancies. Kareena Kapoor welcomed her second child with Saif Ali Khan, a son named Jeh, in February; their older son Taimur was born in 2016. Kareena recently released her book, titled Kareena Kapoor Khan's Pregnancy Bible.

Malaika Arora's note in the book reads, "Gosh, she has really carried her pregnancies beautifully! The few of us who are really close to her put on weight with her during both her pregnancies. It was a pseudo-pregnancy for me too. We could cook, cater to her whims, eat together, and spend hours chilling," reports Pinkvilla. "The few of us" that Malaika writes about are not named but presumably include Kareena Kapoor's core group - sister Karisma, Malaika and Malaika's sister Amrita.

Kareena was a "trooper" and also not onboard with suggestions from Malaika that she should "sit like a lady." Malaika writes: "The only time I actually saw her look tired was during the eighth and ninth months of her pregnancy with Jeh. We have had such laughs! During both her pregnancies, I would continually have to remind her 'to sit like a lady'. And she would roll her eyes and say, 'I can't back my thunder thighs'. She was never guilty about enjoying her pizzas and burping. She was a trooper. Kareena was always on her feet, getting out there and doing her thing."

Kareena Kapoor worked right through her pregnancy, shooting for Laal Singh Chaddha well into her eighth month. "I did a romantic song with Aamir Khan at five-and-a-half months pregnant," she told Karan Johar in an Instagram Live chat about her book. "You know me - no guts, no glory, that's the kind of person I am," Kareena said.

There was certainly much glory in Kareena Kapoor's pregnancy style. According to Pinkvilla, Malaika Arora writes: "She always looked amazing in my books. I recall that one-shoulder olive gown with a high slit and gold gladiator heels she wore during Taimur's pregnancy. She had such flair. I even remember asking her why she was wearing heels! But she was strutting with the utmost confidence. And during Jeh's time: well, the number of kaftans she wore! Once he was born, I told her to make a bonfire and burn them!"

Here's the olive gown Kareena wore while pregnant with Taimur:

Bay Jeh - which may or may not be short for Jehangir, was spotted today with his parents outside Kareena's father Randhir Kapoor's home in Mumbai. 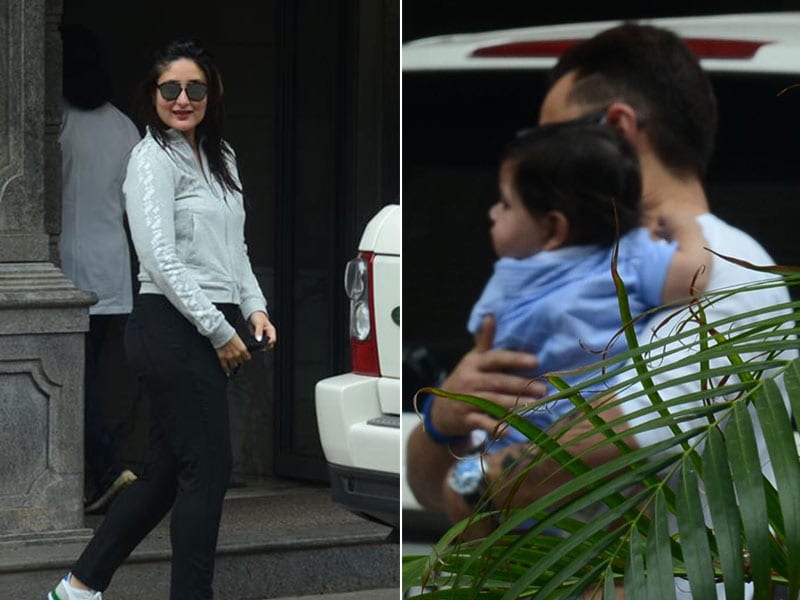 Kareena Kapoor and Saif Ali Khan, co-stars of films like Kurbaan and Agent Vinod, married in 2012. Kareena was last seen in the films Angrezi Medium and Good Newwz and has Laal Singh Chaddha in the works.