Malaika Arora, who will turn 44, on Monday, has reached Dubai to celebrate her birthday. She is accompanied by four friends 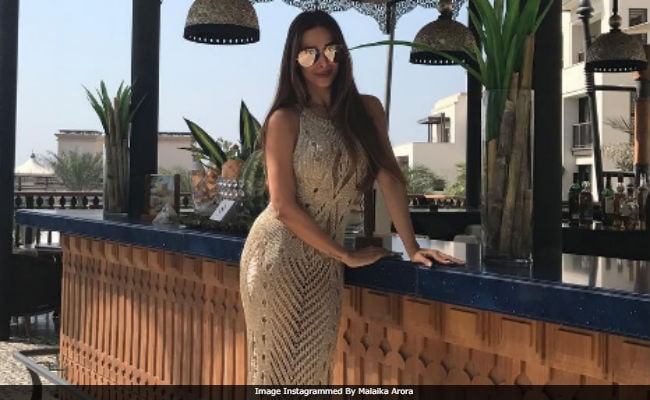 New Delhi: Malaika Arora, who will turn 44, in just a day, has reached Dubai to celebrate her birthday. She is accompanied by four friends, including former model-turned-actress Aditi Govitrikar. Malaika posted some pictures from her Dubai vacation and wrote, "Sun kissed... my golden girls," adding the hashtag, "Birthday week." Malaika, who is wearing a golden outfit, looks stunning like always in the pictures. In August, two months ahead of her birthday, the former model received a bunch of wishes, as Wikipedia had got the date wrong. Later, Malaika clarified in an Instagram post that she wouldn't be turning 44 until October 23.

Here are Malaika and co sun-kissed pictures from their Dubai diaries. (Swipe right to see more of them).

Promoted
Listen to the latest songs, only on JioSaavn.com
Malaika Arora and Arbaaz Khan announced last year they were separating and were granted a divorce this year in May. They are parents to 15-year-old son Arhaan. However, even after their divorce, the ex-couple have maintained a cordial relationship. Malaika and Arbaaz met while shooting an advertisement. They married in 1998, after featuring together in a music video. Malaika is best-known for appearing in song sequences such as Chaiyya Chaiyya (Dil Se), Munni Badnaam Hui (Dabangg) and Hoth Rasiley (Welcome). In Munni Badnaam Hui, she featured with Salman Khan, Arbaaz's brother.

Malaika has also appeared as judges on television shows like Nach Baliye and Jhalak Dikhhla Ja. She is currently co-judging India's Next Top Model, along with Milind Soman and Anusha Dandekar. Malaika is fitness freak and never misses her gym sessions.