Malaika Arora Embraces The Sea, Leaves The World Behind

No looking back for Malaika Arora. Seen this photo yet? 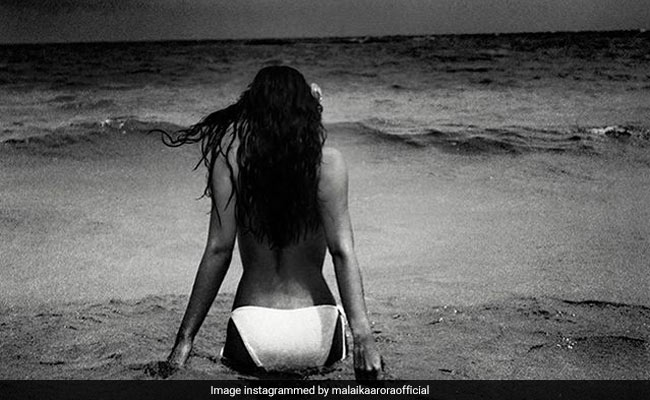 Actress Malaika Arora appeared to be in a throwback kinda mood on Wednesday as she re-shared a photo of hers, originally Instagrammed by photographer Farrokh Chothia from his "archives." There's just one word to describe Malaika's post and that's 'breathtaking'. The black and white photo is a dramatic shot of Malaika Arora, sporting a bikini, walking deeper into the sea water as the winds blow her hair away. The overcast sky and the tumultuous sea waters in the backdrop add oodles of depth to the photo. "With the eternal Malaika," captioned the photographer. Shared on Wednesday morning, Malaika's photo garnered over 2 lakh likes in three hours with comments pouring in from her industry friends. Ileana D'Cruz, Gabriella Demetriades and Zareen Khan were one of the first ones to drop comments. 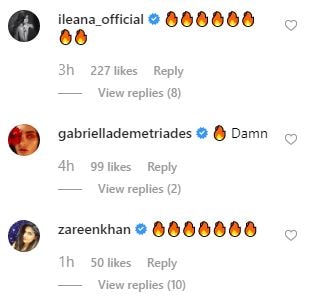 They emptied their stash of the "fire" emoji on Instagram. Meanwhile, Malaika's Instafam couldn't stop appreciating how gorgeous the shot is. A few trolls were spotted too in the comments section but we'll ignore them. Take a look at Malaika's post here:

#Repost @farrokhchothia with @get_repost With the eternal Malaika, #archives

How old is Malaika's photo can't be said for sure but not much has changed since. Once a beach body, always a beach body.

It's FRIYAYYYYYYYY .... this summer heats got me frolicking #TGIF

Every so often, Malaika Arora puts up a viral-worthy Instagram post and sets the Internet on fire. Netizens had mixed reactions to Malaika's armpit photo but clearly she could not care less.

Malaika Arora often features in headlines for her much talked-about romance with Arjun Kapoor. Looks like Arjun, known for being 24x7 active on Instagram, has deliberately avoided posting a comment on Malaika's recent post. Malaika and Arjun recently holidayed in New Hampshire and then in Austria.