Kapil Sharma took a break from work in February 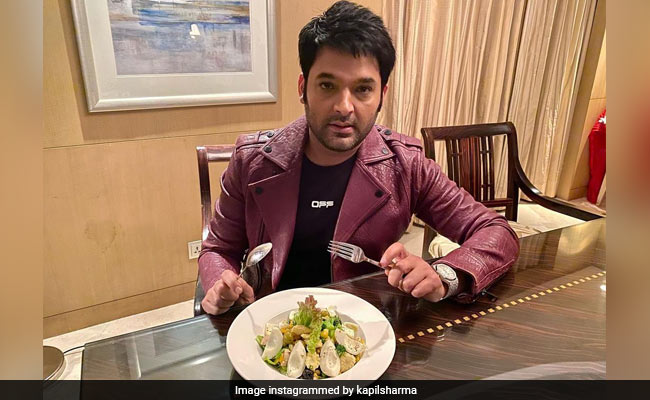 Kapil Sharma occupied a spot on the list of trends courtesy his recent Twitter exchange with a fan on Tuesday. A fan on Twitter said that he wishes to work with the comedian and asked if he can get a chance. Kapil Sharma, in his reply, added a dose of his signature humour and wrote that he is sitting at home these days. "I want to work with you Sir, can I get a chance," tweeted the fan. "Main to abhi khud ghar baitha hu bhai," the comedian replied in his tweet. The comedian took a break of sorts from work in February after the birth of his second child.

Earlier this year, when Kapil's fans asked him if his talk show The Kapil Sharma Show won't be airing anymore, the comedian replied, "Only a small break." He added, "Because I need be there at home with my wife to welcome our second baby."

Bcoz I need be there at home with my wife to welcome our second baby https://t.co/wdy8Drv355

Kapil Sharma is best-known for hosting the popular television talk show The Kapil Sharma Show. He stepped in the TV industry with The Great Indian Laughter Challenge (season 3). Kapil made his Bollywood debut with Kis Kisko Pyaar Karoon and he dubbed for the Hindi version of The Angry Birds Movie 2. He will soon feature in a Netflix special.

Kapil Sharma married Ginni Chatrath as per Hindu and Sikh traditions in Jalandhar in December, 2018. The couple later hosted two grand receptions - in Amritsar and in Mumbai. The Mumbai reception was a star-studded affair. In 2019, announced the news of his daughter Anayra's arrival on social media. The comedian welcomed a son earlier this year and named him Trishaan.

Can You Help Janhvi Kapoor Caption This Stunning Pic?