"Obviously you feel violated, you are in a personal down time moment and someone has just photographed you," said Mahira Khan 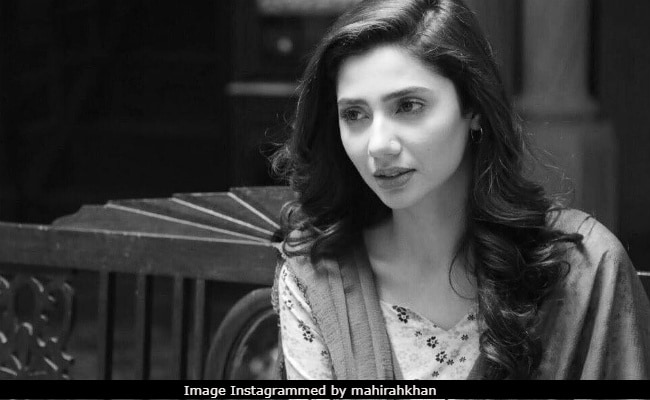 "I was caught up in a so-called controversy," said Mahira Khan (courtesy mahirahkhan)

New Delhi: Pakistani actress Mahira Khan recently addressed the controversy which centered and snowballed around certain photos of the actress and Ranbir Kapoor from New York, which were shared on social media and went crazy viral in September last year. About the photos turning into a "national topic" of discussion, Mahira confessed having "felt violated" because of the invasion of her private space, reported news agency IANS. Mahira was speaking on an episode of BBC World News' HARDTalk, which will air on Monday, stated IANS. Asked about the controversy, Mahira said: "That was the first time in my entire career that I was caught up in a so-called controversy and it was strange because there were so many things in that. One, obviously you feel violated, you are in a personal down time moment and someone has just photographed you."

Apart from sparking dating rumours with Ranbir Kapoor, Mahira Khan was brutally trolled and particularly criticised for smoking and wearing a short dress as can be seen in the viral photos. Elaborating on her point, Mahira said: "Obviously there was an uproar, because here I was, someone who is extremely loved in Pakistan, and they sort of keep me up on this pedestal you know, they treat me with a lot of love and a lot of respect. And there are certain things I didn't realise that they don't want to see me do."

Earlier in an interview to magazine Something Haute, Mahira said she had actually identified the source of the negative criticism as "disappointment" from her fans. "It's the same disappointment that my nani or my mamoo would have felt seeing that. So even now when I meet an older lady who says that she didn't like the pictures, I'm quick to apologize," she told Something Haute days after maintaining silence on the matter.

After the Internet particularly zeroed in Mahira Khan for directing the backlash last year, Ranbir Kapoor released a statement condemning trolls as "unfair". Mahira also had support from her Pakistani colleagues like Momina Mustehsan, Ali Zafar, Osman Khalid Butt and Humaima Malik while Bollywood stars Zarine Khan and Parineeti Chopra also spoke up for her.

Mahira Khan, who is a single mother, made her Bollywood debut with Shah Rukh Khan's 2017 film Raees. She is currently busy with her upcoming films Saat Din Mohabbat In and Maula Jatt 2.