"I would think about posting a statement every day," said Mahira Khan 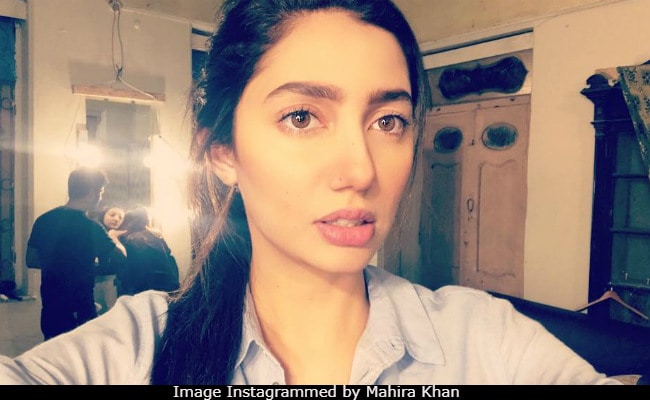 "Would think about posting a statement every day," said Mahira Khan (courtesy mahirahkhan)

New Delhi: Pakistani actress Mahira Khan was ruthlessly trolled earlier this year after pictures of her with Ranbir Kapoor from New York went crazy viral on the Internet. Apart from speculation about an affair with Ranbir, Mahira also became the subject of crude criticism, particularly for smoking and wearing a short dress, as can be seen in the photos shared on social media. After days of silence on the matter, the actress has finally opened up about the controversy in an interview with Something Haute magazine, and said her decision to not release a statement was not a deliberate one. "I'm a very strong woman but when all of this happened, I was completely shattered and broken. I would think about posting a statement every day. Then I would stop myself because I just wouldn't know what to say," she told Something Haute.

"I am human, I make mistakes," she added.

Mahira Khan, 32, is currently looking forward to the release of her next film Verna, whose new rap song Power Di Game released last month. Mahira said she was quick to post the song on Twitter, which was actually her response to trolls. Mahira confessed she's identified the source of the negative criticism as "disappointment" from her fans. "It's the same disappointment that my nani or my mamoo would have felt seeing that. So even now when I meet an older lady who says that she didn't like the pictures, I'm quick to apologize," she told Something Haute.

The Internet revealed its judgemental side once again when photos of Mahira and Ranbir smoking outside a New York restaurant were spotted in September. Soon after which Ranbir released a statement condemning trolls as "unfair". This is what his statement said "I've gotten to know Mahira in a personal capacity over the last few months. She is somebody who I admire and respect, for her achievements and even more for the person she is. It is very unfair the way she is being judged and spoken about. What is also sad is the inequality in judgment just because she is a woman. I request you to stop the negativity and move on with your beautiful god gifted lives. Peace and love. PS: Both smoking and hate are injurious to health." Ranbir and Mahira sparked dating rumours after they attended the Global Teacher Prize event in March together.

However, Mahira Khan was not alone in this battle - she had support pouring in from several Pakistani celebrities like Momina Mustehsan, Ali Zafar, Osman Khalid Butt and Humaima Malik while Bollywood stars Parineeti Chopra and Zarina Khan also spoke in her favour. Mahira Khan made her Bollywood debut with Shah Rukh Khan's 2017 film Raees.
Comments
mahira khanviral pics

Hrithik Roshan "Couldn't Ask For A Better View" Other Than His Sons Hridhaan, Hrehaan