On Birthday Eve, Shanaya Gets An Adorable Surprise From Mom Maheep Kapoor 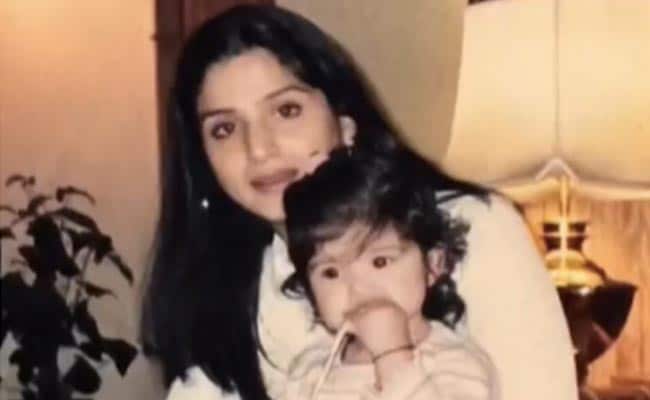 A still from the video. (courtesy: maheepkapoor)

Shanaya Kapoor is all set to celebrate her 23rd birthday on November 2. Well, her mother Maheep Kapoor seems quite excited about the big day and has dropped a special pre-birthday post on Instagram. She has shared a cute montage featuring throwback pictures from Shanaya's childhood days. Along with the video, Maheep wrote, “Best 23 years of my life,” with a heart emoji. She also added the hashtags “Birthday girl tomorrow” and “My Scorpio baby,” with a range of emotions.  Shanaya's father Sanjay Kapoor dropped a couple of hearts in the comments section. Ananya Panday's mother, Bhavana Pandey, who is best friends with Maheep Kapoor found it, “Adorable!!!” Seema Sajdeh also left a bunch of heart-eye emojis.

Maheep Kapoor is Shanaya's biggest cheerleader and her social media updates are proof.  A while back, she shared a picture of herself and Shanaya clicked at Mumbai airport. Along with it, she wrote, “It's not where you walk, it's who walks with you” and added an evil eye and a heart emoji.

Shanaya Kapoor is no less when it comes to expressing her love for Maheep Kapoor online. On her mother's birthday, Shanaya posted a throwback picture showing the duo spending a gala time at a beach. “In high tide or in the low tide I'll be by your side Happy birthday bestie,” Shanaya wrote in the caption.

Before this, Maheep Kapoor shared glimpses of their visit to the Golden Temple. She was accompanied by her parents and kids - Shanaya and Jaahan. Sharing  a “now and then” post featuring Shanaya and Jahaan, she wrote, “Now and then #GratitudeAlways #MyGreatestBlessings #MyBabies.”

Shanaya Kapoor is all set to make her Bollywood debut with Dharma production's Bedhadak.