Made In China Movie Review: Rajkummar Rao Is Terrific But Not Much Else Passes Muster

Made In China Movie Review: The joy of watching Rajkummar Rao and Boman Irani thrust and parry their way through the film is considerable. The two stars are for them. 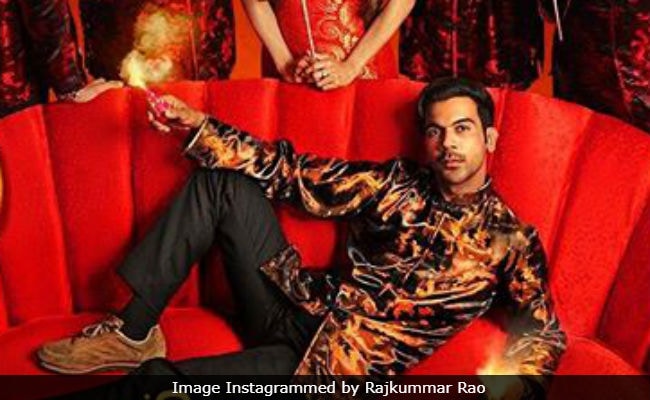 Made In China Movie Review: Rajkummar in the film. (Image courtesy: rajkummar_rao)

A Chinese dignitary attending a 'Glorious Gujarat' summit in Ahmedabad drinks a sex potion. The stimulant boomerangs. He drops dead. A diplomatic crisis looms. Two CBI men fly in to investigate the mishap. The lethal tiger soup, it transpires, originated in China. Such are the ironies of life, says one character a little later in the film, reflecting, if only in zest, an entrenched bias: Chinese quality, Chinese casualty.

But that isn't all there is to Made In China, adapted from a novel of the same name by Parinda Joshi and directed by Mikhil Musale. The film isn't happy being just a comedy. It arrogates to itself a serious, larger purpose and takes a shot at earnest drama centred on performance anxiety. When sex and guilt go hand in hand, the film tells us, quacks and charlatans have a field day. On paper, the notion is great. On the screen, the result isn't.

Made in China gets the 'foreplay' part of the narrative right, but the actual act is a massive misfire. (Pardon the poor puns: they are a hangover from the film itself for it thrives unabashedly on double entendre). Colloquial euphemisms stand in for words deemed smutty. Hackneyed as they are, a few of these substitutes, given the context in which they appear in the film, do induce a chuckle or two. But that is about it. Made in China isn't a full-on laugh riot.

An entrepreneur suspected of importing a prohibited ingredient from China to rustle up a killer aphrodisiac - an opening caption spells out the dictionary meaning of the word in case you didn't know - submits himself to a thorough interrogation. His confessional statement constitutes the spine of the film.

Businessman Raghu Mehta (Rajkummar Rao) is jinxed. Everything he touches turns to dust. At his tether's end, the guy is drawn into an Indo-Chinese joint venture to peddle a panacea for male sexual maladies. It is ten times stronger than Viagra, Raghu is told. He teams up with 70-year-old sexologist Dr Tribhuvan Vardhi (Boman Irani), who after some persuasion agrees to share his clientele with Raghu so as ensure a steady stream of takers for the new product. While the business takes off, trouble brews between him and his wife, Rukmini (Mouni Roy), and with an uncle (Manoj Joshi) and a pushy cousin (Sumeet Vyas). 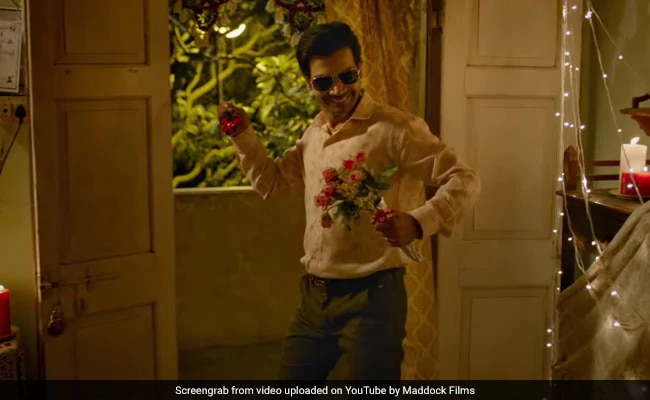 Rajkummar Rao in a still from the film.

Rajkummar Rao is terrific as a man who is pushed to the wall by repeated failures. Be it desperation or defiance, awkwardness or cunning, bafflement or conviction, he conveys it all without breaking a sweat. But when a high-calibre actor hits the sweet spots as often as Rao does, you'd expect the film to be a rollicking affair. Made In China isn't.

A couple of Rajkummar's scenes with an equally delightful Boman Irani are hilarious. But there simply aren't enough of these sparks to lift the film out of the morass of dullness that it sinks into after the initial promise of sustained comic verve.

Swinging wildly between the corny and the cavalier, the film frequently finds its potency hit rock-bottom. It goes into a longish sag post-interval once the comic strain diminishes and the narrative veers into laboured drama, which is silly when not stuffy. Be that as it may, the unusual premise - a businessman with 13 failed ventures behind him looking for a breakthrough and finding it in the unlikeliest of places - and a strong supporting cast (Gajraj Rao, Manoj Joshi, Paresh Rawal, Sumeet Vyas) keep the film afloat even when it seems to be running out of steam.

The tonal fluctuations, especially in the second half, are jarring. For one, the narration, which is in large part in the form of Raghu's deposition before the CBI duo (Chittaranjan Tripathy and Abhishek Banerjee, both good but under-utilised), is at times tinged with too much enthusiasm to be in consonance with the plight of a man who is in trouble due to a death caused by a concoction he sells. Rajkummar Rao, Mouni Ro, Boman Irani and Gajraj Rao in Made In China.

Place this untenable inconsistency in the context of what a wise-cracking mentor tells the protagonist - "the customer is a ch***ya (the unmentionable isn't uttered, the audience is left to read the lips of the two actors) - and you wonder if the makers of this film believe in that axiom themselves. The last shot of Made In China - the hero faces the audience and repeats the offensive assertion - suggests that they do. What's more, they are probably right. Once you create a need, you can sell anything - even thepla in a Guangzhou bar, as the hero discovers to his surprise.

Raghu's disbelief stems from the fact that he has tried to sell everything from emu eggs and box-shaped watermelons to roti-makers and Nepalese rugs and failed to make any headway. His wife (Mouni Roy is always so decked up that it is hard to be convinced that she has any cares in the world), has stood by the man through thick and thin. But the smug uncle and the dismissive cousin lose no opportunity to run him down.

Raghu watches recordings of talks by a business guru Abhay Chopra (Gajraj Rao), but it isn't until he meets the cynical Tanmay Shah (Paresh Rawal) in China that he realises that the only way he can succeed is by treating his customers like a bunch of fools and manipulate their susceptibilities

The business grows rapidly as word of mouth spreads. Raghu mints money. Even his wife, unaware that it is her own husband who is behind the enterprise, stumbles upon a bottle of the magic powder and suggests that Raghu test it upon himself. That's a pretext for a seduction song that is interspersed with scenes of a success party where Raghu's associates dance the night away.

Rukmini is a 'liberated' woman. She shares a smoke with Raghu, swigs whisky on an abandoned rail bridge and has no reservations about discussing her erogenous highs. These are secrets that the couple guards zealously. In due course, the husband adds another one to the list: he does not let his wife figure out the exact nature of his business. He claims he is into distributing Chinese fans. The ruse is difficult to digest considering the fact that Raghu and Rukmini are otherwise projected as two people who hide nothing from each other. There is much else in Made In China that doesn't pass muster. But the joy of watching Rajkummar Rao and Boman Irani thrust and parry their way through the film is considerable. The two stars are for them.