"There were times I would get a notification that I have only Rs 18 left in my account," said Rajkummar Rao 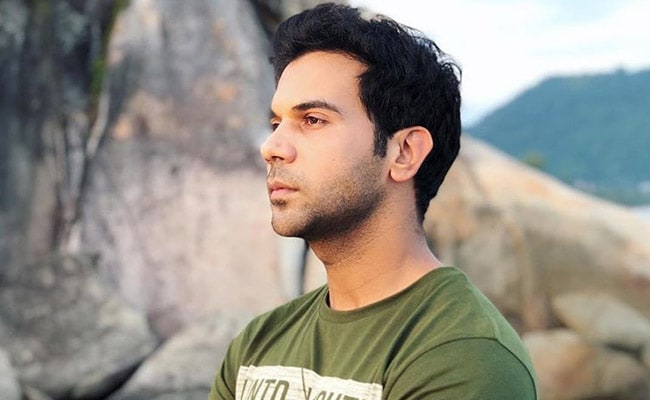 Actor Rajkummar Rao recalled his days of struggle in an exclusive interview with Pinkvilla and said that he didn't have enough money to eat or "buy clothes" that time. Rajkummar, who made his Bollywood debut with the 2010 film Love, Sex Aur Dhokha, revealed that sometimes he had only Rs 18 left in his account and it was hard for him to meet the basic needs. Talking about his financial troubles, Rajkummar Rao told Pinkvilla: "When I came to the city, we were living in a really small house. I was paying Rs 7000 of my share, which I thought was too much. I needed around Rs 15-20000 every month to survive and there were times I would get a notification that I have only Rs 18 left in my account."

"It used to be tough times for me. I come from a very humble middle class background and there was a time in school when I didn't have money and my teachers paid my school fees for two years," said Rajkummar.

Rajkummar Rao graduated from the University of Delhi and studied acting at the Film and Television Institute of India in Pune. Speaking about his journey in FTII, Rajkummar Rao said that sometimes, he couldn't buy a decent t-shirt for himself due to shortage of money. "FTII is a really big community. Sometimes, we used to borrow money and other times, we would just go to their houses and share their meal sometimes. I didn't have enough money to even buy proper T-shirts," Rajkummar told the publication.

He also talked about how he used to prepare himself for auditions and said: "There's a friend of mine - Vinod - who's also an actor and we used to travel for auditions on our bikes. I knew nothing about the presentation - of how to look, what to wear. With the pollution around, we would just get down and clean each other's faces with rose water and think that it's the best version of ourselves."

Rajkummar Rao debuted with Love, Sex Aur Dhokha but his breakthrough role was in the 2013 film Kai Po Che!. Rajkummar has also featured in critically-acclaimed films like CityLights, Shahid and Aligarh. He was awarded the National Film Award for the Best Actor for his role in Shahid. Rajkummar, who was last seen in Judgementall Hai Kya, will next feature in Made In China, which is slated to release on October 25.