Made In China: Rajkummar Rao Shares ROFL Marketing Strategy To Sell A Pen To Leonardo DiCaprio

In the edited clip, Rajkummar Rao gives a hilarious spin to Leonardo DiCaprio's final scene from the 2013 film The Wolf Of Wall Street 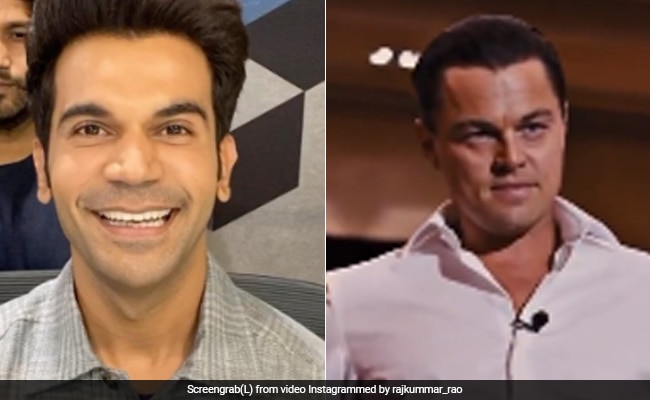 Rajkummar and Leonardo DiCaprio in a still from the video. (Image courtesy: rajkummar_rao)

Rajkummar Rao, who will next be seen as Gujarati entrepreneur Raghu Mehta in his upcoming film Made In China, took promotional duties to a whole new level. The actor shared a hilarious Instagram video of himself selling a pen to Hollywood star Leonardo DiCaprio on Sunday. No kidding! Although the video is edited, fans are hailing Rajkummar's character Raghu Mehta's ROFL marketing strategy to sell a pen. In the edited clip, Rajkummar Rao gives a hilarious spin to Leonardo DiCaprio's final scene from the 2013 film The Wolf Of Wall Street, where Leonardo can be seen asking a man to sell him off a pen. Later, Rajkummar Rao enters and stars convincing the Hollywood actor in Hindi: "Leo Bhai kem chho! Arre Leo Bhai, ye jo pen hai, ye pen aapki kahani hai par ye jo refill hai, wo aapka hero hai. Aap pen ko nahi refill ko becho. Sell hero, you will feel like the king of the world."

The clip ends with Leonardo DiCaprio applauding the skills of Raghu Mehta. Rajkummar Rao's unique post is stealing the show on the Internet as over one lakh Instagram users have watched the video till now. Check it out:

Rajkummar Rao's actress girlfriend Patralekhaa reacted to the post and dropped some laughing emojis in the comments section.

Made In China revolves around the business journey of 'jugaadu' entrepreneur Raghu Mehta. To expand his business, Raghu embarks on a journey to China. Boman Irani plays Raghu Mehta's business partner while Mouni Roy plays his wife in the film.

Directed by Mikhil Musale and produced by Dinesh Vijan, Made In China also stars Paresh Rawal and Gajraj Rao. The film is slated to release around Diwali this year.