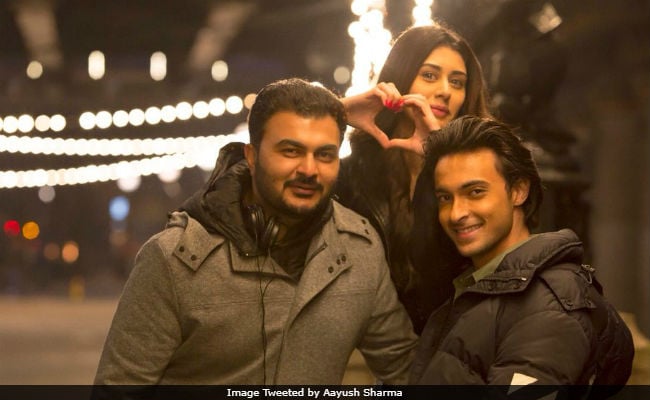 New Delhi: Salman Khan Film's forthcoming venture Loveratri, starring debutants Aayush Sharma and Warina Hussain, is currently being shot in London. The lead cast of Loveratri shared some pictures of them from shoot's location on their social media accounts. Aayush Sharma, who reportedly took some time off due to family commitments including son Ahil's second birthday, posted a picture of him with co-star Warina and director Abhiraj Minawal on Twitter and wrote, "Feels great to be back on set! Loveratri #ShootLife #London. Warina Hussain shared the same image on Instagram and captioned it, "Back on set! Time to shoot."

Feels great to be back on set! @warina_hussain@abhiraj21288#Loveratri#ShootLife#Londonpic.twitter.com/O0MIqFEBlv

Warina Hussain often keeps us posted about film's development. She even shared a picture, when the team landed in London, which she captioned, "Hello London!"

A couple of weeks ago, she posted a video of team Loveratri, announcing the wrap of film's Ahmedabad schedule. The first schedule of the film was shot in Baroda.

Aayush Sharma's wife and Salman Khan's sister Arpita Khan Sharma had earlier posted a picture of team Loveratri when their wrapped their Baroda schedule. She wrote, "And it's a wrap in Baroda for the team of Loveratri! Ahmedabad here they come."