"You make me feel like the luckiest girl in the whole wide world," wrote Aaliyah Kashyap 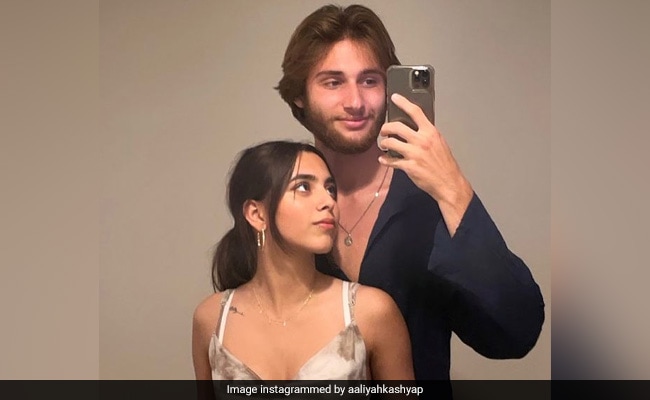 Filmmaker Anurag Kashyap's daughter Aaliyah began trending on social media after she shared a mushy birthday greeting for her boyfriend Shane Gregoire. Aaliyah shared a couple of loved-up pictures with her boyfriend and she wrote in her caption: "Happy 22nd birthday to my love! You make me feel like the luckiest girl in the whole wide world and I'm so grateful to have met you. I love you forever." Aaliyah Kashyap and Shane Gregoire have been dating for over a year and they frequently feature on each other's Instagram profiles. Aaliyah is Anurag Kashyap's daughter with his first wife and film editor Aarti Bajaj.

Here are some more posts of Aaliyah Kashyap and Shane Gregoire:

Anurag Kashyap is best-known for directing films such as Dev.D, Gangs Of Wasseypur (both the parts), Mukkabaaz, Lust Stories, Ghost Stories and Manmarziyaan, among others. His last directorial project was the Netflix film Choked: Paisa Bolta Hai. He is also the director of the smash hit web-series Sacred Games (both the seasons), starring Saif Ali Khan and Nawazuddin Siddiqui.