Ayushmann Khurrana and wife Tahira Kashyap never fail to give us couple goals. The couple recently posted identical pictures of themselves from their outdoor date of sorts. On his Instagram story, the actor shared a picture, in which he can be seen on a bicycle along with wife and author Tahira Kashyap. Their smiles say it all. Ayushmann captioned the picture: "Cycling with her." Tahira posted the same picture on her Instagram story. The childhood sweethearts got married in 2008 and they are parents to Virajveer and Varushka. Check out the picture shared by Ayushmann here: 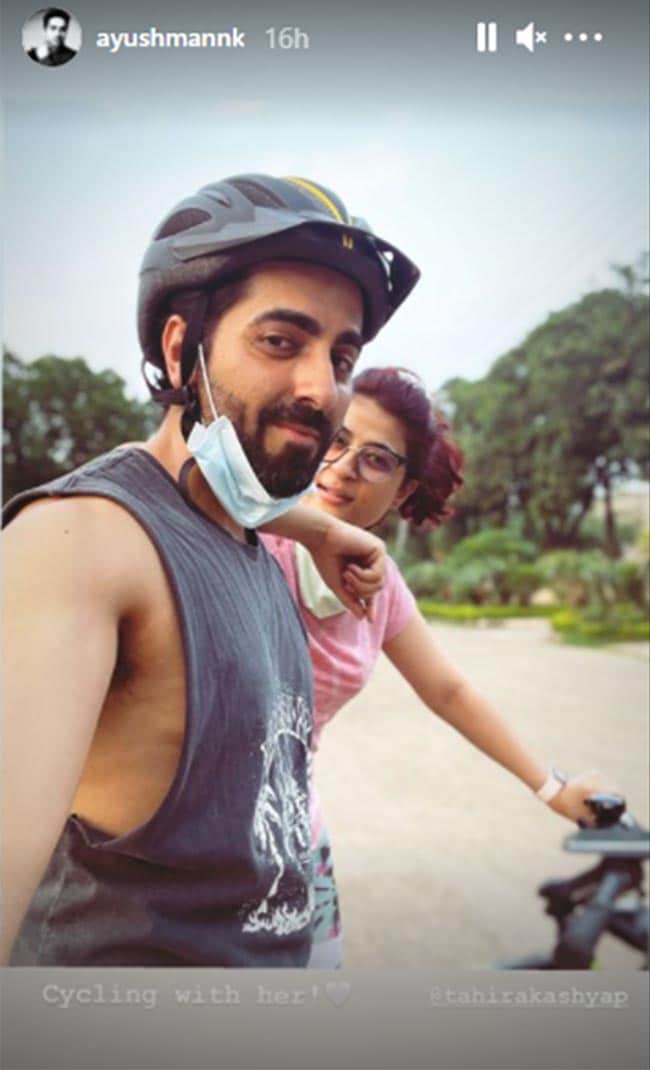 The couple frequently make appearances on each other's Instagram profiles and we love it when that happens.

Ayushmann Khurrana  was last seen in Shoojit Sircar's Gulabo Sitabo with Amitabh Bachchan, which released on OTT platform Amazon Prime Video, last year. The actor, who made his Bollywood debut with Shoojit Sircar's Vicky Donor in 2012, is best-known for starring in films like Badhaai Ho, Dream Girl, Bala, Article 15, Dum Laga Ke Haisha and Bareilly Ki Barfi among others. The actor received a National Film Award for Best Actor for his performance in the 2018 film AndhaDhun. The actor's upcoming projects include Doctor G and Anek.

Tahira Kashyap has written four books. Her latest book is called The 12 Commandments Of Being A Woman. Tahira wrote her first book I Promise in 2011, followed by her next novel Souled Out. She also co-authored husband Ayushmann Khurrana's biography Cracking The Code: My Journey In Bollywood. She has also has directed short films like Pinni and Toffee.