Lipstick Under My Burkha Box Office Collection Day 11: The film, which released on July 21, has made a business of Rs 15.36 crore so far 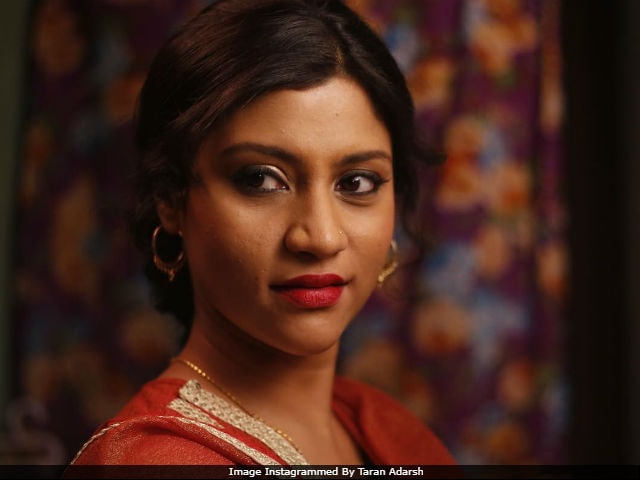 Lipstick Under My Burkha Box Office: Konkona Sen Sharma in a still from film (Courtesy: taranadarsh)

Promoted
Listen to the latest songs, only on JioSaavn.com
In his review for NDTV, film critic Saibal Chatterjee gave Lipstick Under My Burkha 3.5 stars out of 5. "Lipstick Under My Burkha throws heavy punches at the shady patriarchal shibboleths that stand in the way of the feisty foursome and lands a few with such force that they jangle the nerves. It busts many a myth and serves the purpose of lifting the haze of prudery that generally surrounds the portrayal of women in Hindi cinema," he wrote.

Lipstick Under My Burkha traces the life of four women, who challenge the prejudices prevalent in the society. The Censor Board had initially refused to certify the film. However, it finally released with 'A' certificate and a few cuts as suggested by the Film Certification Appellate Tribunal.
Comments
lipstick under my burkhaKonkona Sen Sharma