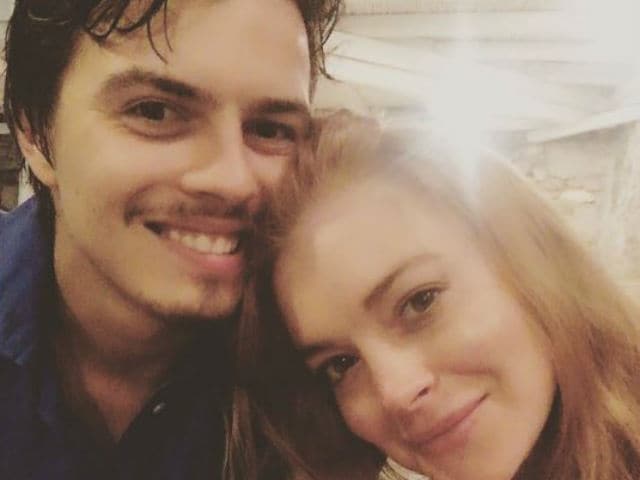 The Mean Girls actress shared several now-deleted posts on Instagram, Snapchat and Twitter over the weekend accusing her fiance of cheating on her when he didn't return home after a night of partying.

In her latest post on Instagram, Lindsay told her fans she is OK and apologized for the outburst.

Dear friends. I'm good and well. #ATM I am taking time for myself with good friends. I am sorry that I've exposed certain private matters recently. I was acting out of fear and sadness... We all make mistakes. Sadly mine have always been so public. I have done a lot of soul searching in the past years, and I should have been more clear minded rather than distract from the good heart that I have. Social media comes with the territory of the business and the world we now live in. My intentions were not meant to send mixed messages. Maybe things can be fixed... Maybe not.. I hope they can. But I am 30 years old and I do deserve a #GENTLEgiant Life is about love and light. Not anger Thank you to those who stand by my side

Lindsay, 30, recently accused her fiance of trying to strangle her during an argument at her residence here.

Police smashed her front door open, which showed signs of damage, after calls for help were heard by neighbours as she ranted at the 23-year-old Russian millionaire on the morning of July 23, reported dailymail.co.uk.