Liger is slated to release on August 25 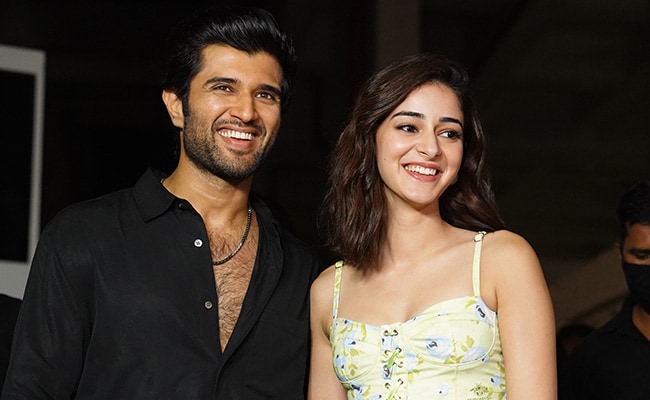 South actor Vijay Deverakonda and his co-star Ananya Panday left midway from their promotional event at a mall in Navi Mumbai after they faced a massive turnout that got "uncontrollable".

On Sunday, team Liger arrived at the mall, which was overcrowded by their fans. When Vijay Deverakonda along with Ananya Panday took to the stage, the excitement among the fans could be noticed.

The young heartthrob experienced the craze he inspires, especially amongst his female fans, which were holding posters and sketches of the 'Arjun Reddy' actor, and the crowd started chanting "We love you" at the event.

Meanwhile, Vijay tried his best to control the excitement of the fans and was seen saying, "Hum idhar hi hain..thoda araam se.. I am here only (We are here, please calm down)" to the crowd, but the situation went out of hand. 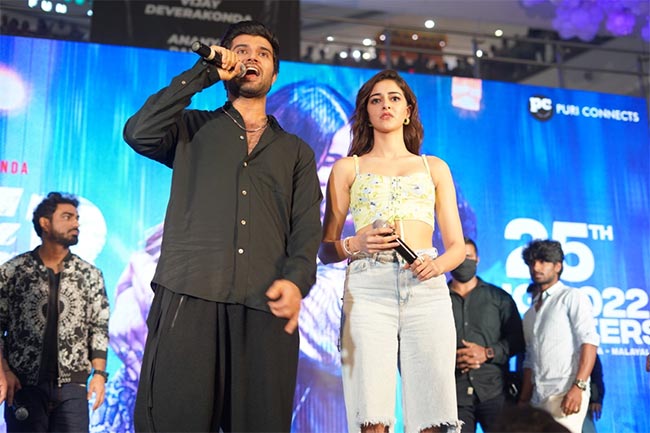 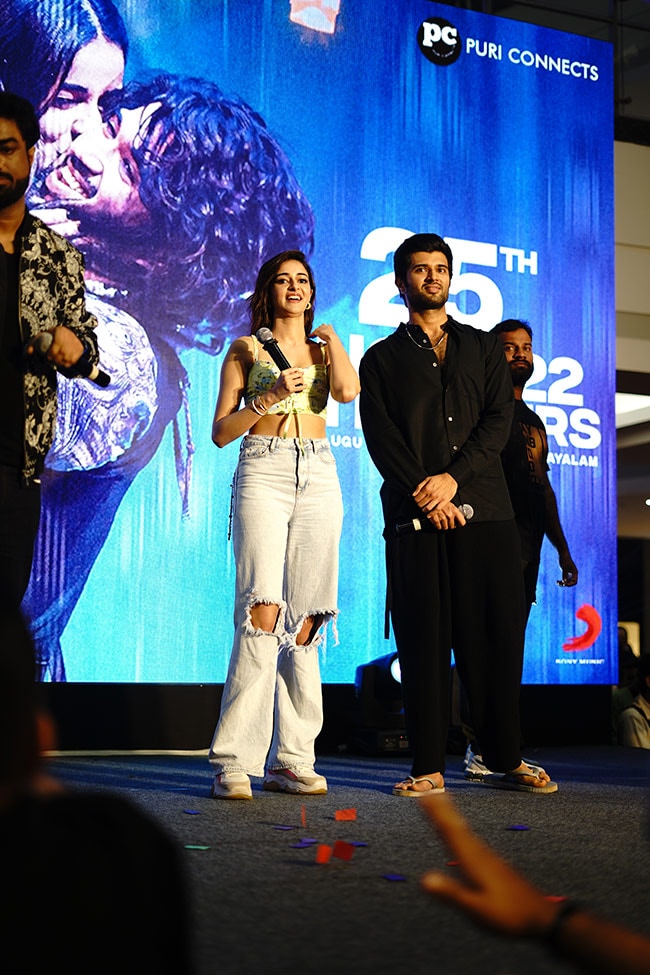 Keeping in mind the safety of the cast and the crowd, the team had to leave the premises midway.

The makers of Liger and Vijay, after the incident shared concerning messages for the fans who attended the event on their social media handles. 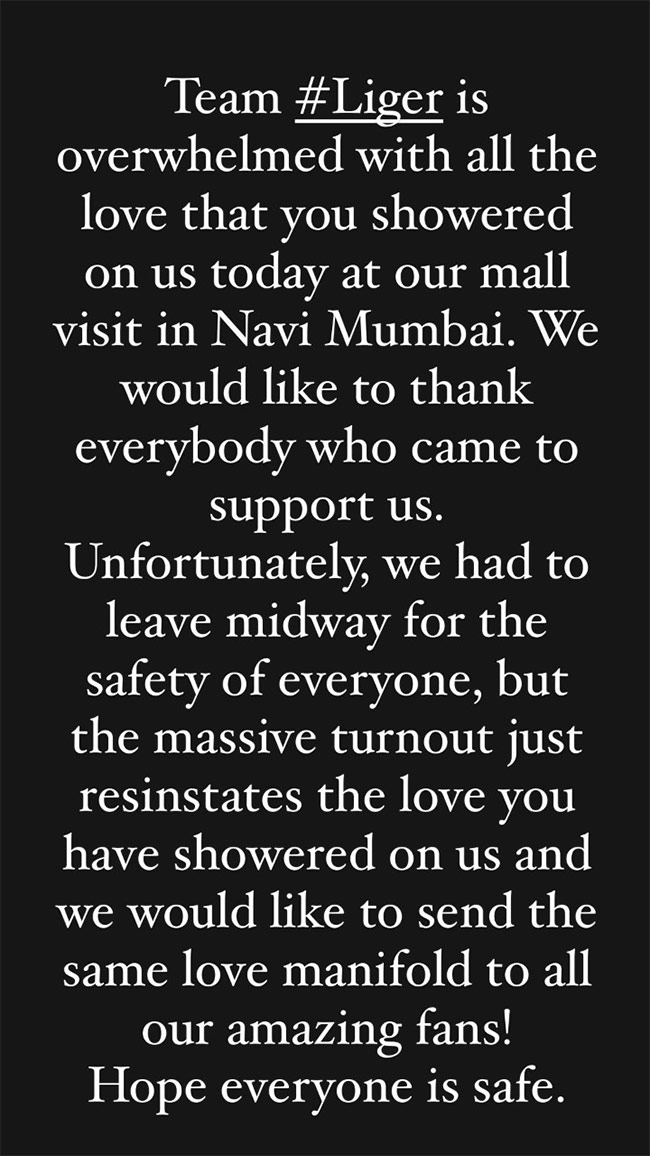 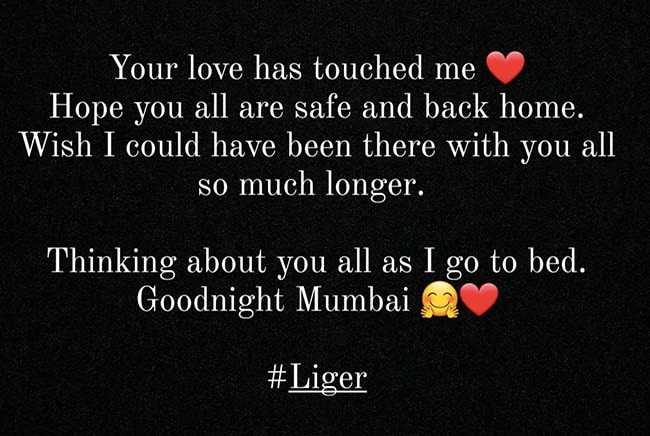 Helmed by Puri Jagannadh, 'Liger' is a sports action film, which is slated to release on August 25, 2022, in Hindi, Tamil, Telugu, Kannada and Malayalam, after getting multiple delays due to COVID-19, and the makers are currently promoting their film with full swing.

Dharma Productions recently unveiled the trailer and two songs from the film, which gathered positive feedback from the audience.

Apart from 'Liger', Ananya will be also seen in 'Kho Gaye Hum Kahan' along with Siddhant Chaturvedi and Gourav Adarsh.

Vijay Deverakonda, on the other hand, will also be seen in a multi-lingual film 'Kushi' alongside Samantha Ruth Prabhu, which is slated to release on December 23, 2022.