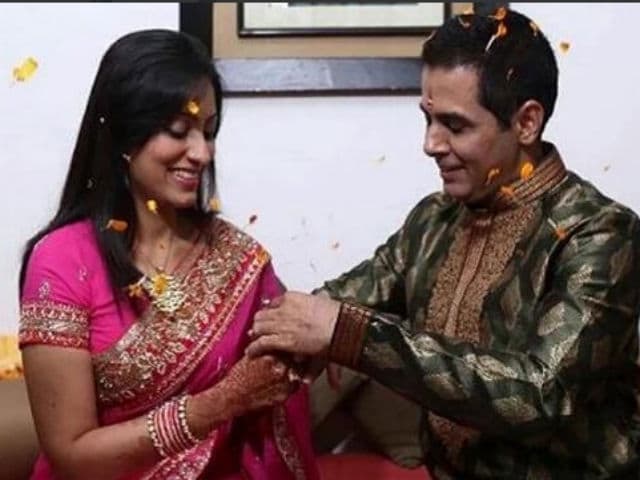 New Delhi: Life is pretty good for actor Aman Verma after his exit from Bigg Boss 9. He got engaged to his girlfriend Vandana Lalwani at his residence in Delhi on December 14.

Aman, who has featured in films like Sangharsh and Baghban, tweeted a thank you note for those congratulating him:

Thank u all for the best wishes .. It surely has been leaked out .. but the final news is goin to b out by tomo .. so wait and watch

Nice to know that the wishes and love of all my fans is with me on my engagement .. great response .. love u all

I just hope that I can respond to all of u one by one .. for everytime best wishes come in .. .my heart grows warm and a little more fonder.

Some pictures of the ceremony have been doing the rounds of social media. Dressed in a green kurta, Aman is seen exchanging rings with Vandana, pretty in a fuchsia pink sari. The couple will reportedly have a private wedding ceremony, followed by a reception in Mumbai.

In the Bigg Boss house, Aman was criticised for his allegedly unhygienic habits. However, the actor maintained a low-key profile throughout. So much so that host Salman Khan had advised him to 'come out of his shell.'(Also Read: Bigg Boss 9: Aman Verma Evicted, 'Surprised to be Out This Early')