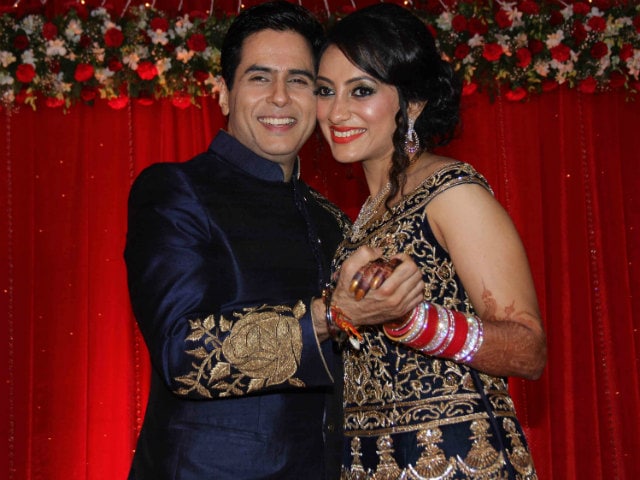 New Delhi: Actor Aman Verma, best known for his role in cult TV soap Kyunki Saas Bhi Kabhi Bahu Thi, married his long-time girlfriend Vandana Lalwani in Mumbai and hosted a grand reception party for friends and colleagues on December 14. Aman Verma's wedding was meant to be held on April 20 but it was rescheduled after the death of his father earlier this year. Aman Verma's reception party was star studded with TV celebs like Kamya Punjabi, Digangana Suryavanshi, Urvashi Sharma and Reshmi Ghosh leading the fashion brigade. Aman and Vandana were coordinated in blue and gold - the groom opted for a bandhgala and matching pants while the bride was resplendent in a heavily embellished lehenga. 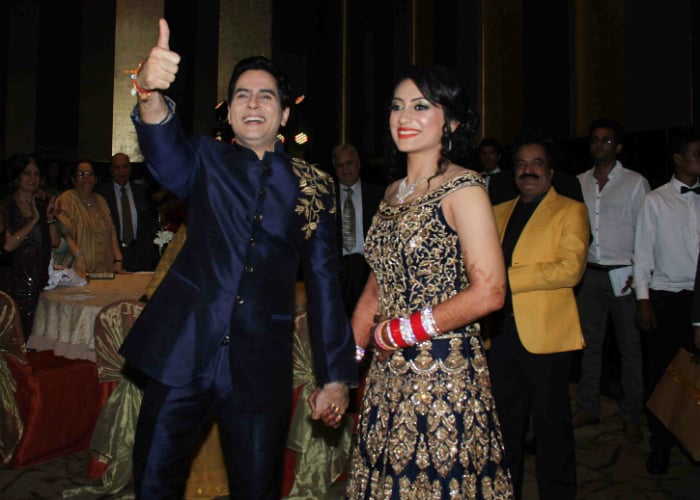 Aman and Vandana clearly had a lot of fun at the reception gala. Greetings and blessings were showered on the newlyweds. 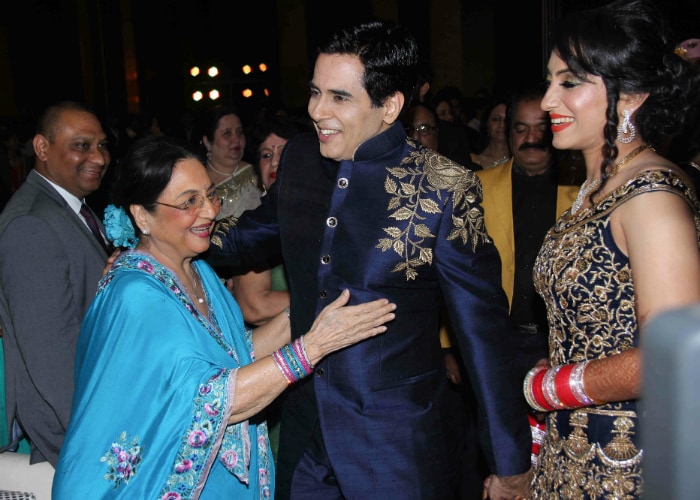 Beintehaa actress Kamya Punjabi turned heads in a bold, off-shoulder ensemble. She accessorised with nude make-up and a gold ring. Digangana Suryavanshi, star of popular TV show Ek Veer Ki Ardaas...Veera, was beautiful in a pale pink, floor-sweeping suit. She finished her look with a box clutch and matching danglers. Actress Urvashi Sharma, who featured in films like Khatta Meetha, Naqaab and Three, also stood out in a caped ensemble. Urvashi, who wore her hair in a side bun, paired her look with studded earrings. 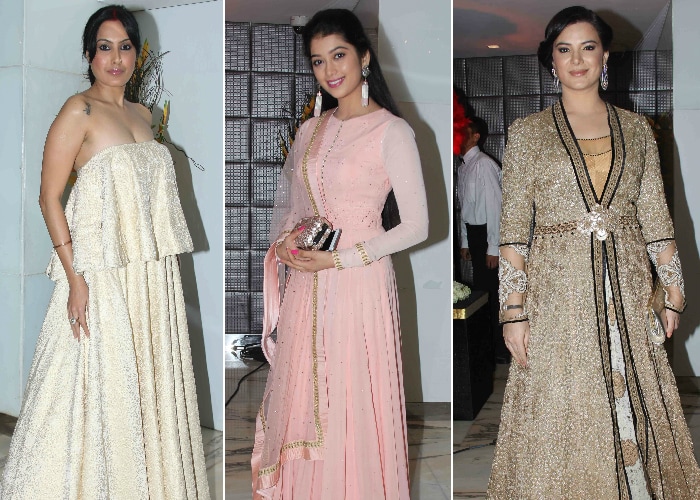 Reshmi Ghosh, Aman's co-star from Kyunki Saas Bhi Kabhi Bahu Thi, arrived with veteran actress Jayati Bhatia, who stars in Sasural Simar Ka. Reshmi pulled off a traditional look in a combination of orange and red while Jayati kept it simple in a yellow suit. TV actress Delnaaz Irani welcomed the newly-weds with a warm hug. It was a Kodak moment indeed. 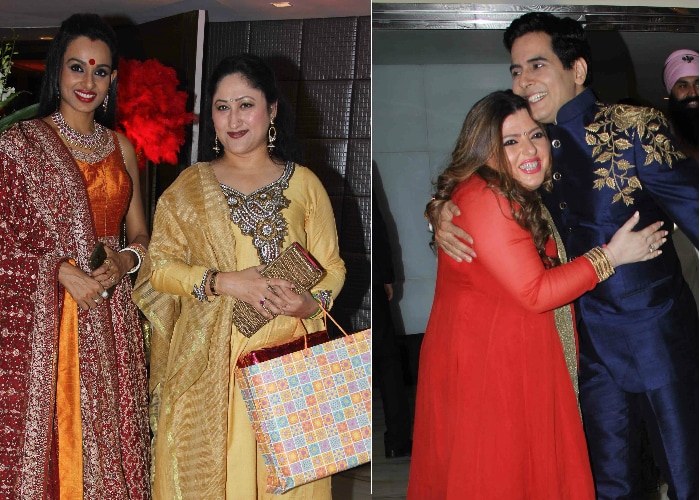