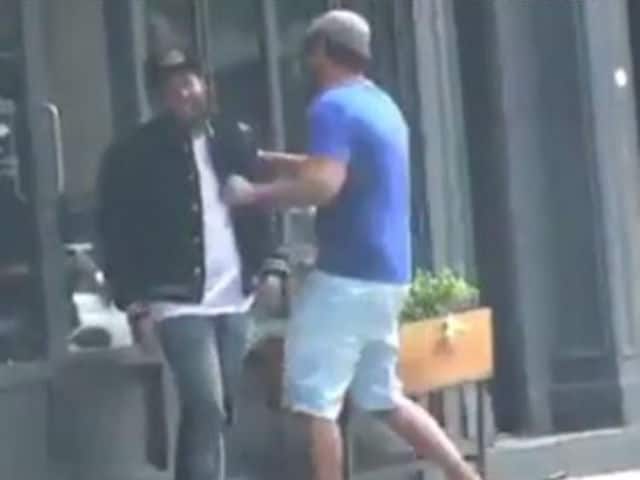 A still from the prank video posted on Instagram by secrets_of_celebrities

New Delhi: Actor Jonah Hill was strolling around New York, minding his own business, when a crazed fan came racing up with a phone to take a picture. For an endless moment, Jonah was terrified but then happily discovered that it was just Leonardo DiCaprio - who he was reportedly waiting for - pranking him.

The video was captured on Monday and made its way to social media where it is now being circulated with laughter emoticons.

Afterwards, the actors had a good laugh and hugged it out. One can hear the paparazzi enjoying the prank and going on a clicking spree in the video.

Leonardo DiCaprio and Jonah Hill co-starred in 2013 film The Wolf Of Wall Street and will next be seen together in The Ballad of Richard Jewell, based on the real life American cop who became a suspect in the bombing at the 1996 Summer Olympics in Atlanta.