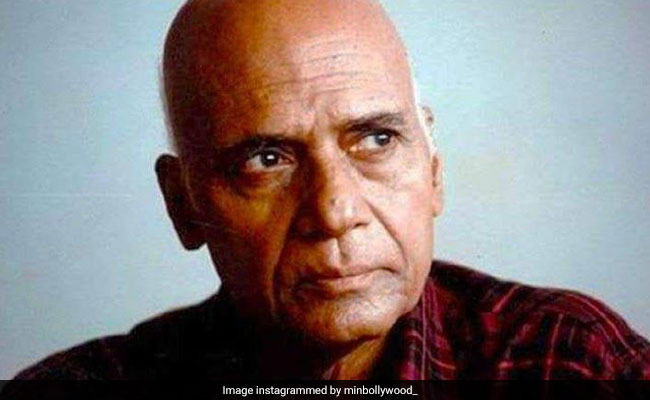 Khayyam died in Mumbai. He was 92. (Courtesy: minbollywood)

National Award-winning music director Mohammed Zahir Hashmi, renowned as 'Khayyam,' was cremated with full state honours at a Muslim cemetery in Mumbai after prominent Bollywood personalities bid him a tearful adieu here on Tuesday evening. Khayyam's mortal remains were kept at his home in Daskshina Park Society, Juhu, to enable people to pay their last respects to the legendary music composer, who passed away at the age of 92 following a brief illness on Monday. At around 3.30 p.m. on Tuesday, his funeral procession with a Mumbai Police escort team of pallbearers started for the cemetery as a large number of friends, Bollywood personalities and his admirers joined, said his spokesperson Pritam Sharma, reported news agency IANS.

After the procession reached the Four Bungalow Kabrastan, his body was laid to rest amid a 21-gun salute as Muslim priests performed the last rites. Khayyam's ailing wife and well-known playback singer Jagjit Kaur also attended the last rites on a wheelchair and broke down several times as the funeral rituals were performed.

T 3262 - .. a legend in music .. a soft spoken amiable soul .. one that contributed to several films and some of the more important ones of mine .. passes away .. KHAYAM sahib .. for all the memorable music he conducted and produced .. prayers condolences

Saddened to learn of the passing of Khayyam Sahab. A legendary music composer, his music brought joy to millions. Khayyam Sahab will always be remembered for his compositions. My condolences to his family and well-wishers #PresidentKovind

The master of the musical baton, Khayyam leaves behind a rich legacy of some of the most memorable songs, classical and modern, in films and private albums across various genres of music during his career spanning over six decades. He was conferred several awards including the Padma Shri, Padma Bhushan and the National Award for his soulful tunes in the 1981 film Umrao Jaan.