Le Panga With Amitabh Bachchan at Your Own Peril 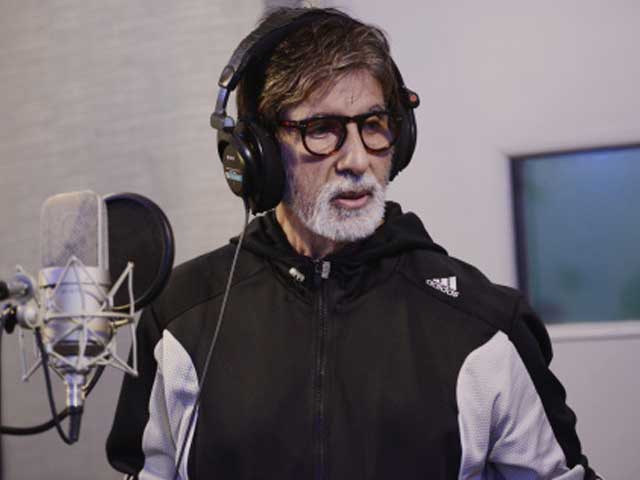 Mumbai: Amitabh Bachchan has gone behind the mike for a promotional song for Pro Kabaddi League (PKL). The megastar has lent his voice to a song titled Le Panga, which has been released in four versions.

The 72-year-old, who has sung in some movies as well, shared the news about the new track on his official blog. His son Abhishek is an owner of one of the teams - Jaipur Pink Panthers - of the Pro Kabaddi League (PKL), which will begin from July 18 here.

"Okaaayyyy, so the song that I have been musing and easing and frightening you all with, is a promotional song for Pro Kabaddi, the game that starts on July 18, and yes Jaipur Pink Panthers with their new logo and the leadership of its owner Abhishek will be playing the opener in Mumbai and so Star, that broadcasts the game, asked me to get involved in its singing," Big B wrote on his official blog.

"The song has been written by Piyush Pandey the iconic Advertising Guru and dear friend and it had been recorded as per the tune dictated by the channel," he added.

Big B has improvised the song by adding his bit to the track, which is out in Hindi and Marathi.

"I felt though that it was a bit slow keeping in mind the pace of the game and so I composed a faster version, and recorded it at my dear friend and music director Aadesh Srivastav's studio, this has now gained approval and shall be on air or on the net by tomorrow morning IST, there are, therefore, 4 versions sung by me - 2 original in Hindi and Marathi ad 2 my compositions in both languages," he shared.

Earlier, Big B has crooned numbers like Holi Khele Raghuveera and Ekla Chalo Re and Piddly.

The actor will next be seen in Wazir in which he co-stars with Farhan Akhtar.