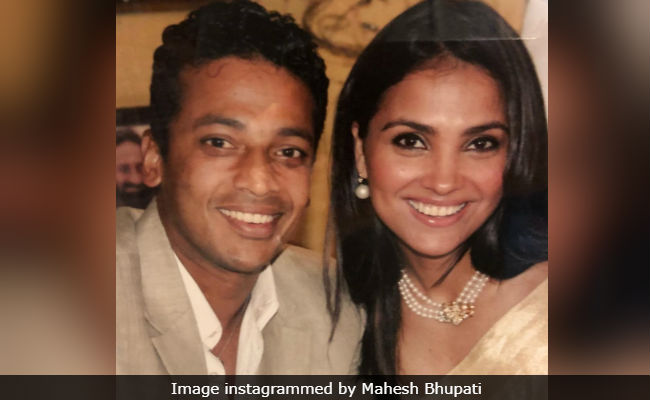 Between Lara Dutta and Mahesh Bhupathi, the actress is definitely better at comebacks. On their anniversary, Mahesh Bhupathi shared pictures from their wedding album and captioned it: "Eight years ago today, I signed my life away to Lara Dutta." Lara Dutta, former Miss Universe, replied with tongue in cheek: "By the Cheshire Cat (a fictional character from Lewis Carroll's Alice In Wonderland series) grin on your face, doesn't look like you were dragged to the altar." The pictures shared by the tennis champ were from their civil ceremony, which took place on February 16, 2011. Lara Dutta kept it simple in a white saree accessorised with a pearl choker.

8 years ago today, I signed my life away to @larabhupathi ... #throwback 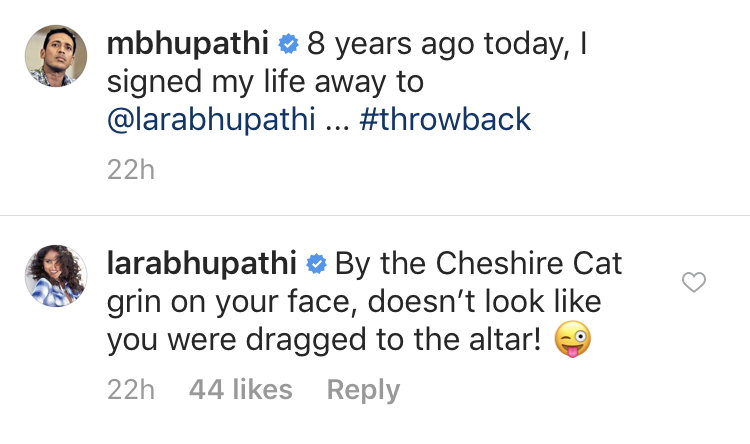 Three years after Lara Dutta was crowned Miss Universe in 2000, she debuted in Bollywood in Andaaz opposite Akshay Kumar and co-starring Priyanka Chopra. She went on to star in films like Masti, Kaal, No Entry, Jhoom Barabar Jhoom, Chalo Dilli, Partner and Housefull to name a few.

After getting married, Lara Dutta appeared in few films like Singh Is Bliing, Azhar, Fitoor and Welcome To New York. Lara Dutta hasn't announced her next project yet.