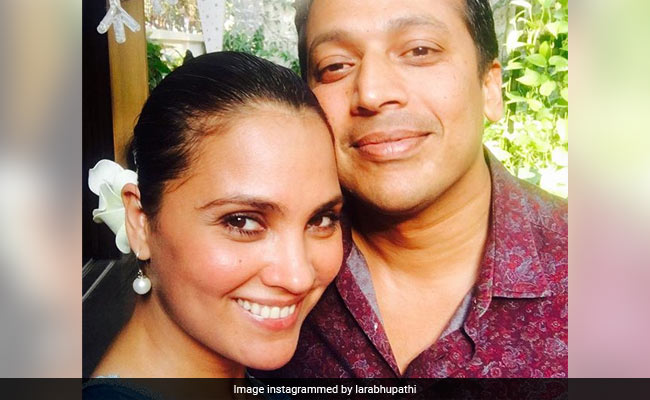 New Delhi: We have a Valentine's Day winner, folks. Lara Dutta's super adorable Instagram post reveals that husband Mahesh Bhupathi - or 'my funny Valentine,' as she calls him - may just have cracked the 'what women want' question. "Pre-marriage, my husband would wake me up with roses on Valentine's Day," Lara revealed. That's a no-brainer. But cannily, Mahesh now knows better - "Post marriage, he allows me a sleep in," writes Lara, "Smart man, He knows what his wife values more." Sounds good to us - tennis star Mahesh has plainly served an ace and gents everywhere should be taking notes.

Lara and Mahesh have been married since seven years now - their anniversary is two days from today - and their daughter Saira was born in 2012.

My funny Valentine...... @mbhupathi . Pre marriage my husband would wake me up with roses on Valentines Day. Post marriage he allows me a sleep in!! Smart man! He knows what his wife values more!!!

Lara Dutta's Instagram is a gold mine of pictures of her, Mahesh Bhupathi and their little daughter. She captioned this photo with lines from the song My Own Home from Disney's animated version of The Jungle Book.

More song lyrics here, borrowed from We Are The World this time, on their sixth wedding anniversary:

Promoted
Listen to the latest songs, only on JioSaavn.com
Lara Dutta, an ex-model and former Miss Universe, broke into Bollywood in 2003, appearing in the films Andaaz and Mumbai Se Aaya Mera Dost. Her credits include Kaal, No Entry, Partner, Jhoom Barabar Jhoom and Housefull.

Lara has branched into production and is an active proponent of yoga. She was last seen in the 2016 films Fitoor and Azhar. She has a role in the upcoming comedy Welcome To New York, which stars Sonakshi Sinha, Diljit Dosanjh, Riteish Deshmukh and others.
Comments
lara duttaMahesh Bhupati