"Lara got in touch with the digital platform and told them she wouldn't accept work through his company specifically," said Mahesh Bhupathi 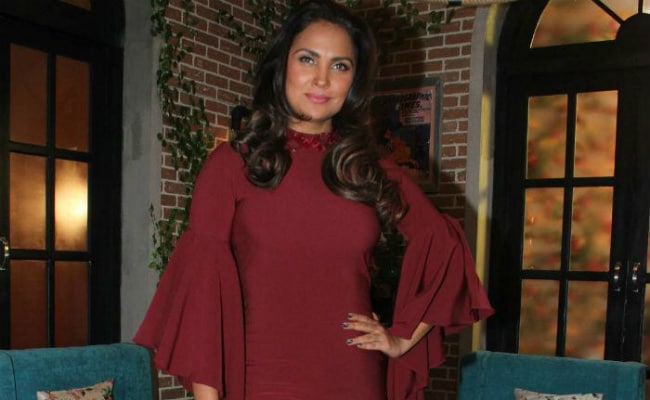 Actress Lara Dutta has rejected a film offered to her by casting director Mukesh Chhabra's company, revealed the actress' husband veteran tennis player Mahesh Bhupathi in a lengthy post on his social media accounts. On Friday, Mr Bhupathi shared a post urging everyone to act up against the harrowing #MeToo allegations and end all association with the accused harassers in a note captioned: "Stop engaging. Everyone seems to be horrified about the #metoo stories but why is no one saying anything?" As part of his note, Mr Bhupathi wrote that his actress wife sought his opinion while considering a film offer sent her way by Mr Chhabra's company which she rejected in the light of the sexual harassment allegations against Mr Chhabra.

"Two days ago my wife, who's shooting out of town, got an offer from a leading international digital platform through Mukesh Chhabra's company. She forwarded it to me for feedback. I asked if she really wanted to empower his company even after what's been in the news. Her reaction was that the digital platform hadn't really pulled back business from his either. Later, Lara got in touch with the digital platform and told them she wouldn't accept work through his company specifically. I think she did the right think. I'm not sure if this is enough, though," read an excerpt from Mahesh Bhupathi's post. Mahesh Bhupathi and Lara Dutta received a massive shout out from the actress' co-star Dia Mirza: "I feel so proud to call you a friend Mahesh Bhupathi. This is how things will truly change," she tweeted.

#stopengaging . Everyone seems to be horrified about the #metoo stories but why is no one saying anything?#useyourvoice#timesup#CleanUppic.twitter.com/FGOukZLyuF

I feel so proud to call you a friend @Maheshbhupathi. This is how things will truly change. #StopEngaging#TimesUp#MeToo#CleanUp#UseYourVoicehttps://t.co/N4QX6lDMJT

Meanwhile on Friday, Fox Star Studios sacked Mukesh Chhabra from the position of the director of Kizzie Aur Manny. Kizzie Aur Manny was to be Mr Chhabra's directorial debut. A statement by the studio on Friday said Mr Chhabra has been suspended till the matter is being investigated. "As a responsible organisation, Star India takes any allegation of sexual harassment of women at workplace very seriously. Hence, Fox Star Studios has suspended the services of Mukesh Chhabra, director of our film Kizzie Aur Manny, which is under production, till the Internal Complaints Committee (ICC) of M/s Mukesh Chhabra Casting Company concludes its inquiry into the allegations against him." Starring Sushant Singh Rajput and newcomer Sanjana Sanghi, Kizzie Aur Manny is the Hindi remake of Hollywood film Fault In Our Stars.

Last week, Mr Chhabra was named and shamed in respective #MeToo accounts of two aspiring actresses as was stated in a daily. The casting director out-rightly dismissed the allegations saying: "unsubstantiated wild anonymous allegations". On its part, his company's Internal Complaints Committee reached out to the concerned newspaper to provide details of the complaints filed.

Meanwhile, Sushant Singh Rajput has also been accused of behaving inappropriately with his co-star Sanjana Sanghi and for making her "feel uncomfortable." However, the 32-year-old actor on Friday denied the reports and her was supported by Mr Chhabra in strong words.

The #MeToo movement in India was set in motion after actress Tanushree Dutta revived a decade-old controversy with sexual harassment accusations against veteran actor Nana Patekar few weeks ago. Since then, prominent industry figures such as Alok Nath, Kailash Kher, Subhash Ghai, Vikas Bahl among others have been outed as alleged sexual predators.