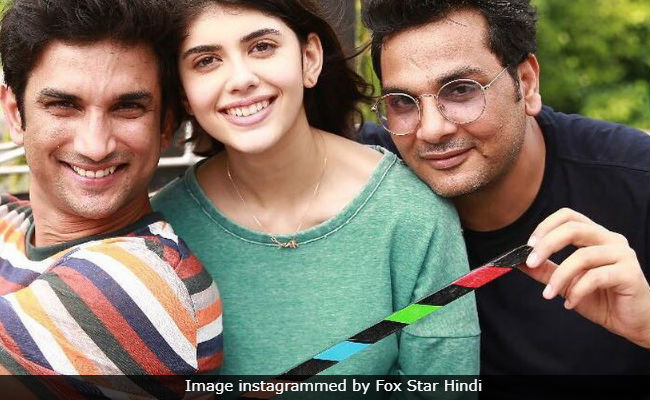 Mukesh Chhabra with the cast of Kizie And Manny. (Image courtesy: Instagram)

Fox Star Studios on Friday suspended Mukesh Chhabra, Bollywood's popular casting agent, from his directorial debut Kizie Aur Manny as he has been accused of sexual harassment. "As a responsible organisation, Star India takes any allegation of sexual harassment of women at workplace very seriously. Hence, Fox Star Studios has suspended the services of Mukesh Chhabra, director of our film Kizie Aur Manny, which is under production, till the Internal Complaints Committee (ICC) of M/s Mukesh Chhabra Casting Company concludes its inquiry into the allegations against him," said a post on the official Fox Star Hindi Twitter handle.

Mr Chhabra has been known for casting in films likeGangs Of Wasseypur, Kai Po Che!, D-Day and Highway.

Last week, when an accusation against him by two aspiring actresses emerged in a daily, Mr Chhabra outrightly called them "unsubstantiated wild anonymous allegations". On its part, his company's ICC reached out to the concerned newspaper to provide details of the complainant.

Mr Chhabra was foraying as a director with Kizie Aur Manny, the Hindi remake of Hollywood movie Fault In Our Stars.

Sushant Singh Rajput has also been accused of behaving inappropriately with Sanjana Sanghi and for making her "feel uncomfortable." However, the 32-year-old actor on Friday denied it and Mr Chhabra supported him too.