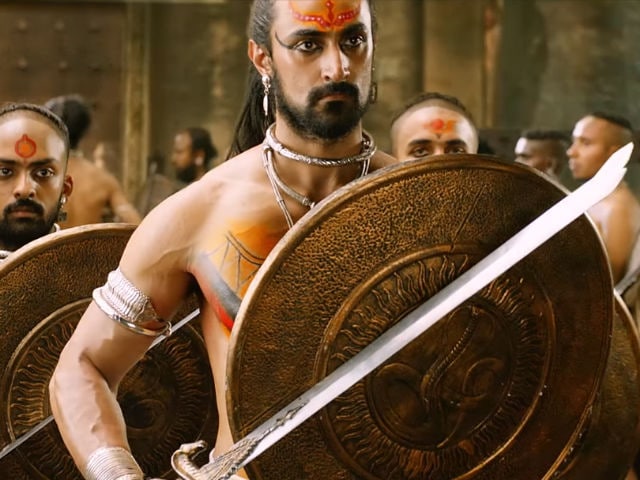 New Delhi: The theme song of Kunal Kapoor's upcoming film Veeram will change the game and style of the south film industry. The song titled We Will Rise is in English language and has been composed and sang by Kari Kimmel. In the visuals of the song Kunal Kapoor is dressed as a warrior and can be seen fighting many enemies. The snippet looks absolutely regal and viewers will be in complete awe of Kunal Kapoor and his attitude in the theme song. Amitabh Bachchan first shared the song on Twitter and his Abhishek Bachchan soon commented: "Looking awesome. Good luck jeejaji. (sic)" For the uninitiated, Kunal Kapoor is married to Big B's niece Naina Bachchan.

Take a look at Kunal Kapoor's awe-inspiring song We Will Rise from Veeram:


Veeram directed by Jayaraj is an adaptation of one of Shakespeare's famous tragedies Macbeth and is also inspired from the ballads of Vadakkan Pattukal. The film also stars Divinaa Thackur, Himarsha Venkatsamy, Fakira (Ahran Chaudhary) and Shivajith Nambiar. Veeram is also the fifth instalment in Jayaraj's Navarasa series.

Here's how the Bachchans did the PR for Kunal Kapoor's Veeram song:

Promoted
Listen to the latest songs, only on JioSaavn.com
In Veeram, Kunal Kapoor plays the role of Chandu Chekaver, an infamous 13th century warrior in Kerala who betrayed and killed his cousin while participating as his helper in a duel.