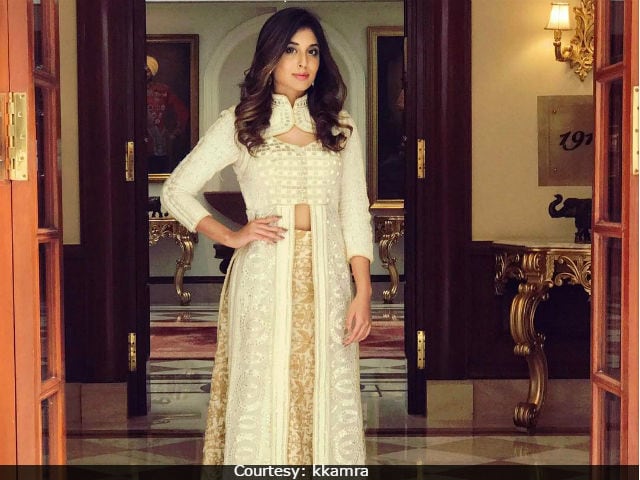 New Delhi: Television actress Kritika Kamra's Chandrakanta, which started airing on Saturday, March 4, is one of the most-anticipated shows of the year. Last month, the pictures of the actress as Chandrakanta had swiftly gone viral and, we totally loved her as Princess Chandrakanta. Kritika Kamra, 28, who has starred in TV serials like Kitani Mohabbat Hai and Reporters calls the show "India's very own fantasy series," reported Pinkvilla. Talking about the show, Kritika told Pinkvilla, "You can call it as our own princess diaries since we don't have that. It's visually a very different show considering the storyline and VFX too." The show titled Prem Ya Paheli Chandrakanta is an adaptation of a Hindi novel by Devaki Nandan Khatri. Gaurav Khanna stars as Warrior Prince Virendra Singh.

The book was adapted in a television series in the Nineties but remained unfinished. The story of the show and novel had many differences thought the principle characters were same. The show was revived again in 2011 as Kahani Chandrakanta Ki, but it was based on another novel in the Chandrakanta series. Talking about similarity between the 90's show, Kritika told Pinkvilla, "The pressure is that people will expect this show to be as iconic as the previous one. But the positive part is that the adaptation is made keeping in mind that era. But the love story is very todays."

Ahead of the start of the first episode of the show, Kritika shared a glimpse of her introduction scene on Instagram:

Here's a #sneakpeek of my introduction sequence in #chandrakanta ! Don't miss the first episode. Tonight at 9pm on @lifeok #behindthescenes #princessdiaries #chandrakantaonlifeok

The role of Chandrakanta was originally played by actress Shikha Swaroop in the nineties' TV show, which ran between 1994 and 1996. Kritika Kamra earlier told news agency IANS that she wants to interpret the character in her own way. "As a child, I watched some episodes of the original series, which I don't remember now. I remember the song and some characters clearly. But I have not watched it for preparation, because I wanted to keep a clean slate to interpret it my way."

Of preparing for the role, Kritika told IANS: "I had to make some internal (personality) changes for this role as she is not a girl next door, but a princess. The way she behaves, walks and speaks - I had to learn that. I am also learning horse riding, doing a bit of action. Also, the language is a mix of good Hindi and Urdu. So I am learning a lot," she said.