Kriti Sanon On Rumoured Relationship With Sushant Singh Rajput: 'Fond Of Him, We Are Friends' 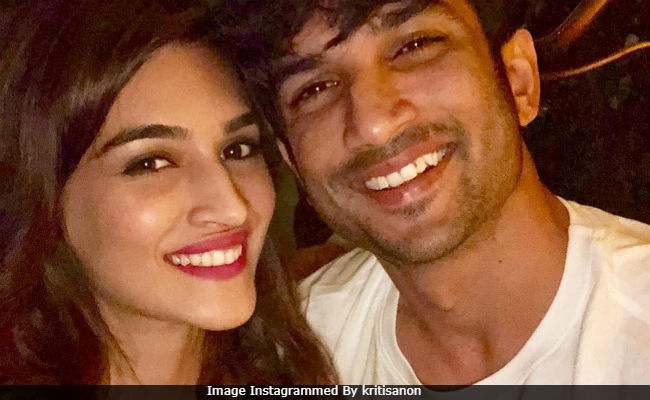 Actress Kriti Sanon, who reportedly dated actor Sushant Singh Rajput, recently told Mumbai Mirror that they are "really good friends" and added that she is "fond of him." Reports that they were dating featured in headlines while Kriti and Sushant were filming 2017's Raabta. However, they never acknowledged a romance. "Maine bhi bahot kuch padha hai, it's like a daily soap. Sushant and I are friends and we recently met at Dino's (Dinesh Vijan) wedding. I'm fond of him and we are really good friends. It's always going to be like that," Kriti told Mumbai Mirror. Their film Raabta was directed by Dinesh Vijan.

Last year, it was reported that Kriti and Sushant are no longer dating as they wanted to concentrate on their work. Rumour also had it that they might star in a film together.

When Kriti was earlier asked if she's actually dating Sushant, she told news agency IANS, "It happens every time you work with someone but I clarified what I had to online. Beyond that, I have nothing more to say. I really don't know what to say. It is the easiest thing to assume. I said what I wanted to. It reached a point where families started getting involved which was a little nasty."

On the work front, Kriti Sanon is currently filming Panipat with Arjun Kapoor while her upcoming films are Luka Chuppi, Housefull 4 and Arjun Patiala. Sushant Singh Rajput, last seen in Kedarnath, has Sonchiriya Drive, Kizie Aur Manny and Chhichhore in the pipeline.