Kriti Sanon On Kartik Aaryan Getting Credit For Luka Chuppi's Success: "It Should Be Equal"

Kriti Sanon said: "When they are both carrying a film on their shoulders, the credit should be equally shared" 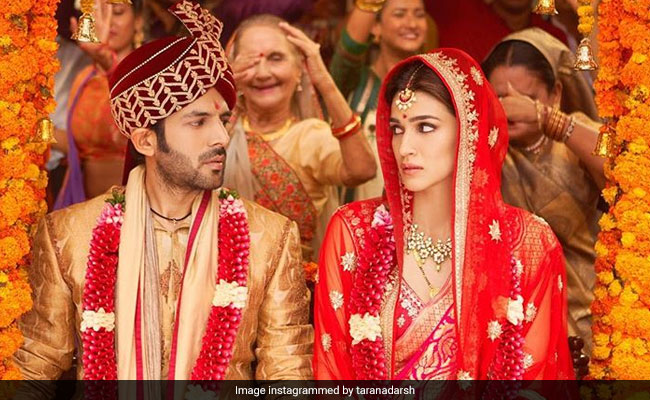 Actress Kriti Sanon, who co-starred with Kartik Aaryan in recent film Luka Chuppi, told Mumbai Mirror that "overlooking the leading lady (of a film) is unfair" after Kartik Aaryan was primarily credited with the film's success in several media reports. She said: "This business of overlooking the leading lady has been going on for a while and it's so unfair. I am glad this conversation is finally happening. It's logical to talk about only the male protagonist when the leading lady doesn't have a lot to do, but when they are both carrying a film on their shoulders, the credit should be equally shared. Everybody deserves a mention." Luka Chuppi, directed by Laxman Utekar, collected over Rs 90 crore after it released a month ago.

After Luka Chuppi's exceptional performance at the ticket window, several websites while reporting the film's box office collection referred to it as 'Kartik Aaryan's film.' Earlier, Kriti Sanon applauded Taapsee Pannu for calling a website out for sidestepping the female leads of their respective films (Luka Chuppi and Badla) in one such reporting. Taapsee Pannu had tweeted: "The female protagonists have made equal efforts... Maybe you didn't have the time to write their names."

And this was Kriti's reply:

Kriti Sanon, who has featured in films such as Bareilly Ki Barfi, Dilwale and Raabta, has signed up for several projects. Her upcoming films are Arjun Patiala and Housefull 4 while she has a special song appearance in Kalank.

She will also be seen in Panipat, co-starring Arjun Kapoor and Sanjay Dutt.