'Luka Chuppi Was One Script That I Really Loved,' Says Kartik Aaryan

"This is the first film which is saying that come live-in with family," said Kartik Aaryan 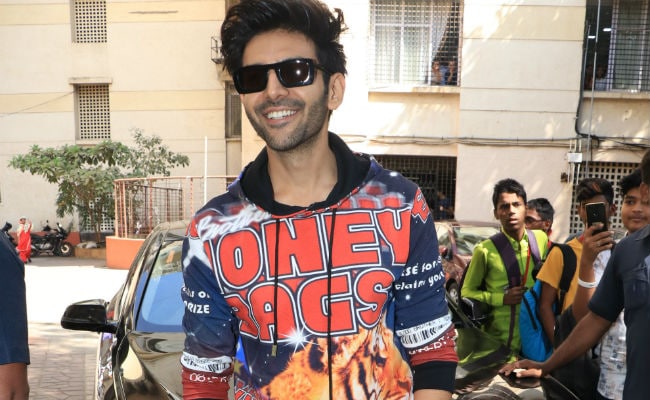 Kartik Aaryan at a promotional event in Mumbai.

Actor Kartik Aaryan, who is currently busy with the promotional duties of his forthcoming film Luka Chuppi, says that it is one of the scripts that he "really loved," reports news agency PTI. Kartik recently interacted with the media at an event in Mumbai, wherein he told PTI: "Luka Chuppi was one script that I really loved. It is content driven film which has commercial aspect to it." During the media interaction, the 28-year-old actor said that he was delighted with the kind of response that the film's trailer received and added, "We are happy that the trailer has got good response and there is positivity around the film."

When Kartik was asked about how his film Luka Chuppi is different from films such as Salaam Namaste, Cocktail, Shuddh Desi Romance and Katti Batti (all which focused on the aspect of live-in relationships in India), the actor said that his film showcases the story of a couple who is in a "live-in with family." "This is the first film which is saying that come live-in with family. It is the funny quotient of the film. This has never happened. This is the unique and interesting aspect about the film," PTI quoted Kartik as saying.

Speaking of the concept of live-in relations in India, Kartik said that the society is becoming "more realistic." The Pyaar Ka Punchnama actor told PTI: "Indian society today is more realistic.In a way it is good that our thinking is widening. People are open to thinking in a way which was not there earlier."

Besides Laxman Utekar's Luka Chuppi, Kartik Aaryan also has Pati Patni Aur Woh in the pipeline. Kartik Aaryan made his Bollywood debut with the 2011 film Pyaar Ka Punchnama . He has also been a part of films such as Akaash Vani, Kaanchi - The Unbreakable , Guest Inn London and Sonu Ke Titu Ki Sweety among others.