"It's nice to know that your thinking matches with the audience somewhere," said Kriti Sanon 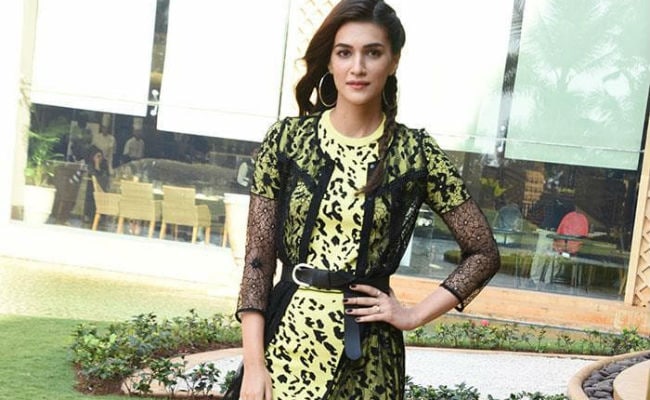 Kriti Sanon photographed at an event in Mumbai.

Kriti Sanon is happy with the success of her latest Luka Chuppi and the actor says good reception of a film reflects the artiste and audience are thinking along the same lines.

Kriti, who co-starred with Kartik Aaryan starred in the rom-com as a couple who get into a live-in relationship to try out their compatibility before tying the knot. "I'm thrilled. There's also a lot of gratitude. There is a lot of hard work that goes into it. Saying yes to the film was a very instinctive decision as I loved the script. It's nice to know that your thinking matches with the audience somewhere," Kriti told PTI in an interview.

After Bareilly Ki Barfi, Kriti again stepped into the shoes of a character from a small town with Luka Chuppi but the actor does not believe churning stories from the Hindi heartland is becoming a template.

"Bitti grew up in a cocooned environment in Bareilly. She was strong but her aspirations in terms of her career were a bit off. Even if she wanted to get married, it was about someone accepting her the way she is. She didn't really want to fall in love. On the other hand, Rashmi was a tricky combination of a modern girl and a small town girl. She was somewhere in the higher class of a small town and was educated in Delhi. So her thought process was quite evolved."

Kriti agrees the role of a working woman has started to get screen space. "It has become a lot more common among us as the women are working and want to work. They want to see the women who are working on screen too. So, I think it always flows from the audience. When you watch these characters, you feel inspired. You want to see stronger characters now. I think now when we write characters we have to make it relatable to the audience," she said.

Kriti has three more films up for release this year- Arjun Patiala, Housefull 4 and Ashutosh Gowariker's Panipat. Kriti, who plays a crime journalist in Arjun Patiala, said her character in the upcoming film is a lot more serious about her profession than Rashmi of Luka Chuppi. "That character is way more ambitious. It will have the flavour of north India."

She revealed Houseful 4 has an "angle of reincarnation", where she will play two characters. The actor, who is currently filming on her first period drama Panipat, said she is thoroughly enjoying working in the film. "As a Punjabi woman from Delhi, playing a Maharashtrian in itself is a huge change. The character also belongs to a different era and I'm playing a person who was alive at some point of time. Ashu sir is amazing with the magic that he creates on the set," she said.