Kriti Sanon On Her Sister Nupur's Acting Debut And More

"Seeing her perform in front of the camera make me very emotional," said Kriti Sanon 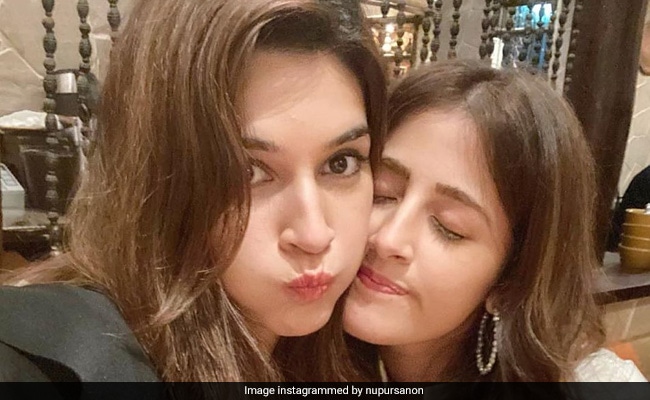 Sisters Kriti and Nupur Sanon seems to share a great rapport with each other. Kriti, especially, is very protective about her little sister Nupur. "I am 5 years older than Nupur ...She has always been like my baby. I have seen her growing up...And now seeing her achieving her dreams, performing in front of the camera make me very emotional. I am very much protective and possessive about her," Kriti told IANS.

Like every sibling, they fight with each other, too. "Our bond is like any sister duo would have. We are like friends. We argue, we talk...We fight and we fight on stupid things."

"Nupur is my biggest cheerer. Whenever I feel low she lifts up my mood and does her best to make me happy," she added.

Nupur, who is a singer, made her acting debut opposite Akshay Kumar in B Praak's music video, titled Filhall.