"This was right before the wedding," said Karan Johar 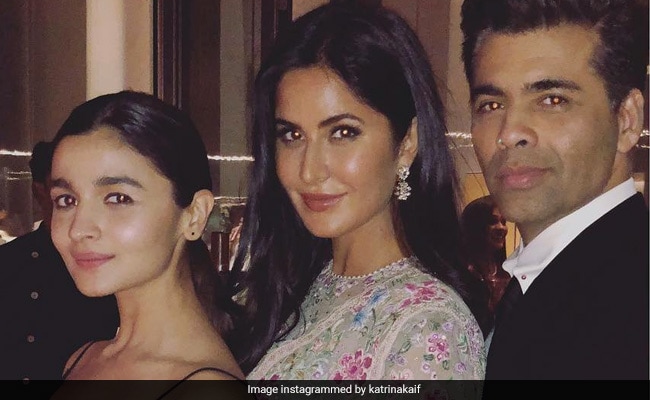 A throwback of Katrina, Alia and KJo. (courtesy: katrinakaif)

Karan Johar's new guests Vicky Kaushal and Sidharth Malhotra were at their candid best on Koffee With Karan 7. During the episode, Karan Johar complained about not being invited to Vicky Kaushal and Katrina Kaif's wedding last year. KJo joked, "Maine aap ke prem kahani ke liye pura credit le liya (I've taken full credit for your love story)." He also revealed that he and Alia Bhatt drunk-dialed Vicky Kaushal before his wedding. "Alia and I once drunk-dialed Vicky. We were drinking wine and star gazing, and that is when we were wondering who we could call! This was right before the wedding. We both have known Katrina for a long time. We got to know you (Vicky Kaushal) later. Her getting married made us so emotional and happy," said Karan Johar.

Alia Bhatt co-starred with Vicky Kaushal in Raazi. She will co-star with Katrina Kaif in Jee Le Zaraa. Alia and Katrina were also gym buddies for the longest time.

Back in 2018, during an episode of Karan Johar's talk show Koffee With Karan 6, Katrina Kaif said that she would "look nice" with Vicky Kaushal on screen. Vicky Kaushal appeared to faint when he was told about Katrina's statement during the show. Recalling the incident, Vicky Kaushal said, "Whatever happened last season on this couch, it was really my moment to know that she knows about me. We had never met before that."