"I'd really love Alia Bhatt to be in my bride squad. I love her, she is so cute," said Kiara Advani 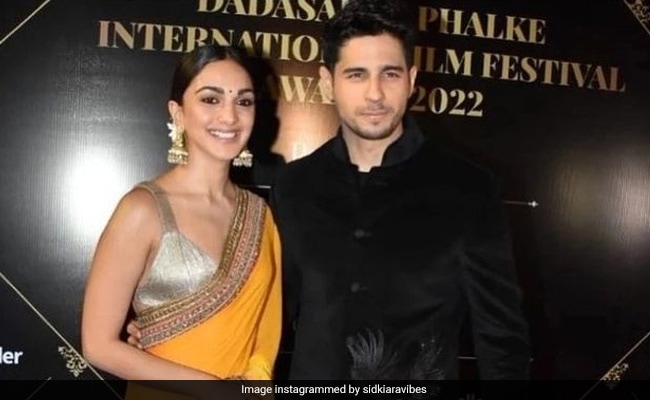 A throwback picture of Kiara and Sidharth. (courtesy sidkiaravibes)

Celeb weddings have been quite a topic on this season of Koffee With Karan. So, when Kiara Advani attended the episode, questions about her and boyfriend  Sidharth Malhotra's rumoured wedding were aplenty. Some Kiara answered, others she dodged but Karan Johar and Shahid Kapoor largely managed to get Kiara talking about her wedding plans. One such questioned during the rapid-fire round, was: "Which celebrity would she love to have in her bride squad." Kiara Advani's reply was Alia Bhatt, who was previously dating Sidharth Malhotra. Kiara said, "I'd really love Alia Bhatt to be in my bride squad. I love her, she is so cute." Karan Johar's next question was accompanied by an epic expression. "In your bride squad? Marrying Sidharth Malhotra?" he asked Kiara and added, "Marrying Sidharth Malhotra with Alia Bhatt in the bride's quad is quite cool". Shahid Kapoor added, "Maybe...It might just be cool."

Alia Bhatt and Sidharth Malhotra dated for a year before breaking up in 2017. Alia Bhatt married Brahmastra co-star Ranbir Kapoor in April this year and they are expecting their first child together. Alia and Sidharth debuted in the film industry together with Karan Johar's 2012's filmStudent Of The Year, also starring Varun Dhawan.

Last season, when Sidharth Malhotra was on Koffee With Karan 6, he spoke about his equation with Alia then and said, "I don't think it's bitter. We haven't really met after that, to be honest. And it's civil. It's been a while and it happens... just like any other relationship. I have known her for much longer. I did know her much before, even before we were dating. So, it's not like we met as a particular boyfriend-girlfriend thing. I think it'll remain. It's just a matter of us coming back... whether it's work or just socialising."

Back to Koffee With Karan 7, When KJo asked Kiara, "Are you denying your relationship with Sidharth?" Her reply was: "I am not denying or accepting." KJo then asked her, "Are you close friends?" The actress said, "More than close friends." When asked about her wedding plans, Kiara said, "I do see that in my life but I am not revealing that on Koffee With Karan."