Ananya Panday made it to the headlines after reports that she and Ishaan Khatter have parted ways. 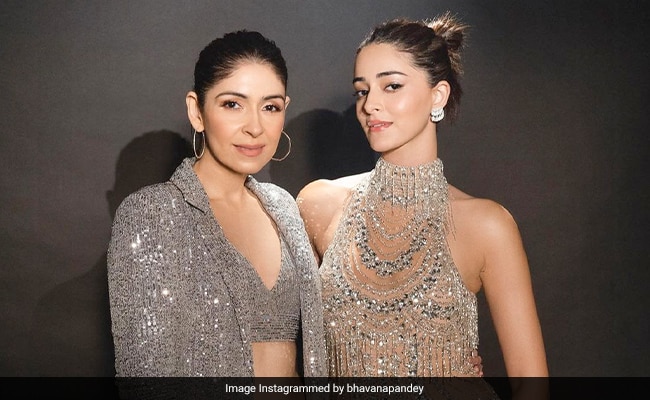 Dear readers, we have more updates on the latest episode of Koffee With Karan. You must be living under a rock if you haven't heard about the celebrities who appeared this week. There were two debutantes — Maheep Kapoor and Bhavana Pandey. They were joined by the one and only Gauri Khan, who made a comeback to the show after 17 years. The episode was all about fun, laughter, and a few secrets, of course. Karan Johar, who very well knows how to get his guests talking, did exactly that with Bhavana Pandey during the rapid-fire round. Topic: Ananya Panday's relationships.

Before we walk you through the conversation, we would like to add that it happened during Gauri Khan's rapid fire. Karan Johar to Gauri Khan, "The one advice you give Suhana [Khan] about dating." The interior designer replies, "Never date two boys at the same time. Never." Here comes the best part. Karan Johar then looks at Bhavana Pandey and says, "I think Ananya [Panday] has done that already." A visibly surprised Bhavana Pandey asks, "Has she?" KJo's answer, "Ya. I think she was oscillating in between." Bhavana Pandey clarifies, "No, she was thinking of two so she broke up with one."

Karan Johar also asked Bhavana Pandey about Ananya's equation with Kartik Aaryan. It was reported that the stars were in a relationship. The two were part of the film Pati Patni Aur Woh.

KJo asks, “Then what happened? Why did they break up?” Bhavana says, “I thought you are talking about on screen.” Then Karan Johar asks, “But if they looked so good together, they should have kept it together.”  She then says, “You never know. Never say never.”

Ananya Panday made it to the headlines after reports that she and Ishaan Khatter have parted ways. The two were seen in the 2020 film Khaali Peeli. Earlier this season, when Ananya appeared on the show with her Liger co-star Vijay Deverakonda, Karan Johar confirmed that Ananya and Ishaan dated for a while. KJo had also asked Ananya, "You went on a date with Vijay while you were dating Ishaan?" To which, Ananya didn't reply.

Karan Johar had asked the same question to Ishaan Khatter when he featured on the show alongside his Phone Bhoot co-stars Katrina Kaif and Siddhant Chaturvedi. To the question, "You broke up with Ananya Panday?" Ishaan said, " "Did I? Because you said she broke up with me recently." The actor also added, "Yeah, I mean, I would hope to have her [Ananya] as a friend for the rest of my life. She is one of the most wonderful people I have known. She is a sweetheart, she really is. Anyone who has met her would say this. She genuinely is a sweetheart. And all pulpy questions aside, she is someone who is very dear to me and will always remain so."