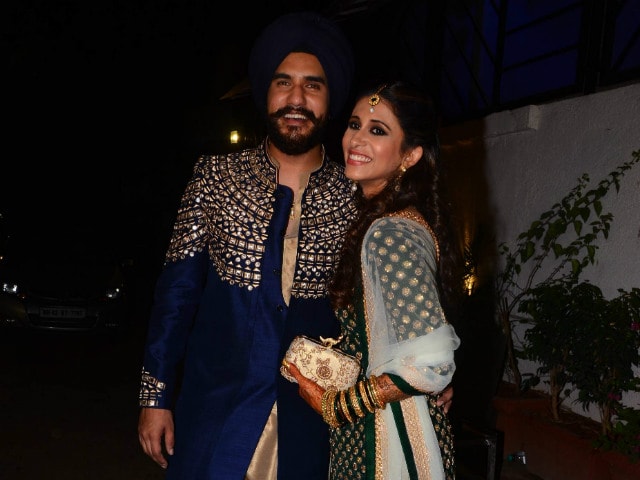 Kishwer Merchant and Suyyash Rai at their sangeet ceremony

New Delhi: TV stars Kishwer Merchant and Suyyash Rai married in an intimate ceremony on December 16 in Mumbai. Kishwer and Suyyash's wedding was followed by a grand reception which was star-studded with TV celebs like Asha Negi, Rithvik Dhanjani, Ridhi Dogra, Karan Wahi, Surbhi Jyoti and Raj Singh Arora as they let their hair down at the do. Kishwer kicked off wedding celebrations with haldi ki rasam on Wednesday, mehendi and sangeet ceremonies on Thursday, and an uber-chic pre-wedding photoshoot with her girlfriends. The internet is going berserk over pictures from Suyyash and Kishwer's wedding ceremony. The 'just-married' TV celebs also set the hashtag '#SukhishKiShaadi' trending Friday onwards.

Kishwer was a stunning bride in a traditional red lehenga for the wedding. She later changed into a beige off-shoulder ensemble for the reception while Suyyash matched up to her in a monochrome tux. We have curated the best of the lot for you. You can thank us later. We will begin with actress-dancer Vrushika Mehta's post for the newly-weds.

Love is in the air:

It was indeed a night of crazy partying:

"Many, many Congratulations both of you. Lots of love and blessings to you both, my very dear old friends," wrote Raj Singh Arora when he shared this adorable picture of Suyyash on his knees:

& They Decided On Forever ..... @kishwersmerchantt & @suyyashrai Many Many Congratulations both of you lots of love & blessings to you both, my very dear old friends & thank you for the lovely evening :))

Team bride, headlined by Kishwer, set the stage on fire as they danced to Cutie Pie:

At another time, Suyyash and his colleagues entertained guests with their on stage antics while Kishwer was busy greeting others.

#RithvikDhanjani and karan Wahi today hosting the reception of #SukishKiShaadipic.twitter.com/bUGWDe0p5t

Suyyash and Kishwer could not look happier at their sangeet party on Thursday evening: 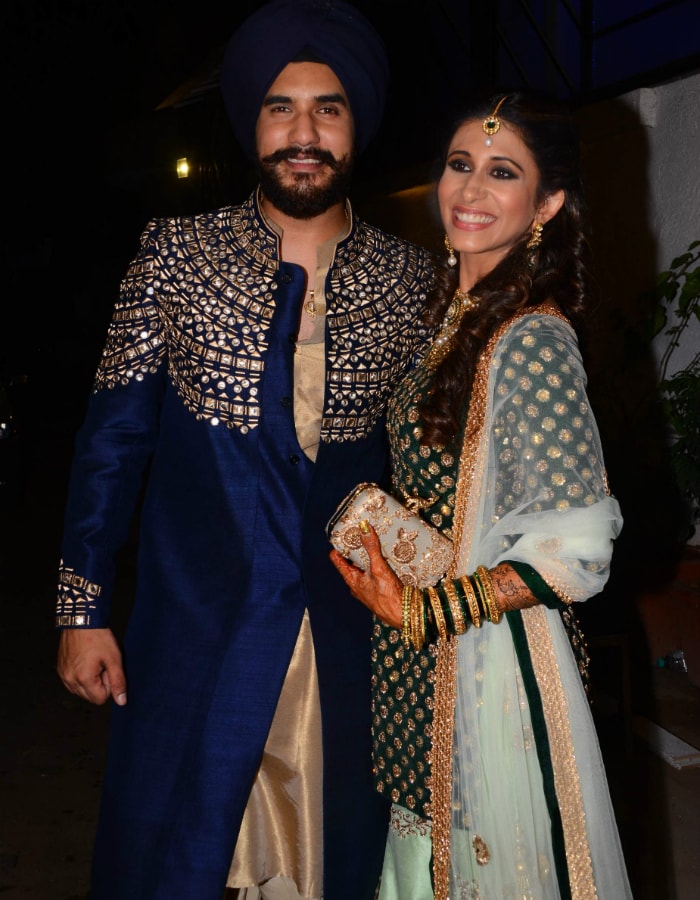 Kishwer Merchant and Suyyash Rai’s at their sangeet ceremony

Embed Ahead of the wedding, Kishwer raised toast to a new chapter in her life with sugar, spice and everything nice:

Can you be a bride as cool as Kishwer? She posed on posed during the mehendi rituals:

Promoted
Listen to the latest songs, only on JioSaavn.com
The 35-year-old TV star was trolled earlier this month because Suyyash is some years younger. After Kishwer was called 'aunty' by a troll, Suyyash posted a strong message in defence of Kishwer on Instagram:

I was just reading few comments on insta..how easy it is now days for the kids on 15-16 years to write ANYTHING about ANYONE...on these social networking websites and specially when some1 is getting married...HOW CAN YOU ??? I feel bad for their parents and families...this is how they've been brought up If you can't write good dont...but atleast dont write bad... HAVE A HEART FOR GOD SAKE...even enemies would give blessings in such occasions,you all are still strangers. But i guess thats how they think they will look cool. God bless all And all my SUKISHIANS i love the enthusiasm and energy in yu guys about #SukishKiShaadi ...that is what keeps us going