Kishori Amonkar Is An Irreparable Loss, Tweet PM Modi, Lata Mangeshkar And Others 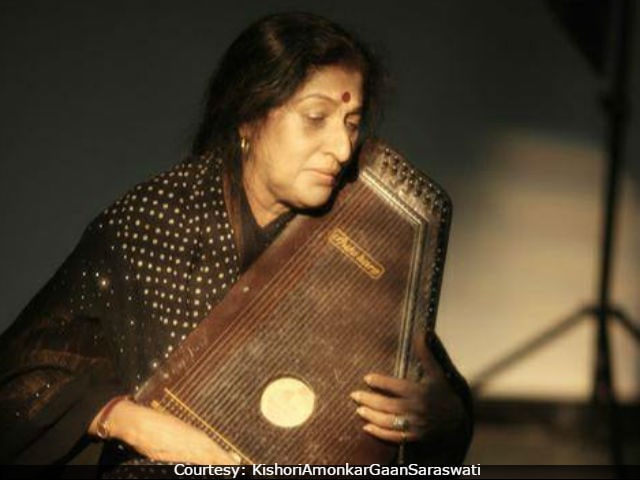 New Delhi: Prime Minister Narendra Modi, singers Lata Mangeshkar and Shreya Ghoshal, actors Shabana Azmi and Hema Malini, shared messages of condolence for renowned classical singer Kishori Amonkar, who died on Monday at her home in Mumbai, after a brief illness. She was 84. PM Modi wrote, "Demise of Kishori Amonkar is an irreparable loss to Indian classical music. Deeply pained by her demise. May her soul rest in peace. (sic)" Kishori Amonkar was married to Ravindra Amonkar. She is survived by two sons and grandchildren. She was born to renowned vocalist Mogubai Kurdikar and Madhavdas Bhatiya, she was trained under Alladiya Khan Saheb of the Jaipur gharana, reported news agency PTI.

Here are some of the tweets:

Demise of Kishori Amonkar is an irreparable loss to Indian classical music. Deeply pained by her demise. May her soul rest in peace.

The works of Kishori Amonkar will always remain popular among people for years to come. https://t.co/iGFxmy8Mlj

Posting a picture of Kishori Amonkar on Twitter, Shabana Azmi wrote, "What a loss Hve been her ardent fan n consider myself fortunate 2 hve lived in a time I cud here Kishori Amonkar sing (sic)."

What a loss Hve been her ardent fan n consider myself fortunate 2 hve lived in a time I cud here Kishori Amonkar sing pic.twitter.com/TNrWhJcKvH

#KishoriAmonkar ji no more. One of my biggest inspirations. Her voice and mellifluous gayaki has been a part of my life since childhood.

Have had the fortune of listening to her live n meeting her. Never can forget that day. My biggest wish was that I could learn music frm her

It's a sad day for all music lovers. Indian classical music lost one of the most treasured artist today.

One of my most fave singers passed away leaving a big void in the classical music genre.Kishori Amonkar was an outstanding musician-sad loss

One of the greatest singer performer of classical has left this world for her heavenly abode. An institution of music. #RIPKishoriAmonkar

In her career spanning for over seven decade, Kishori Amonkar was called 'Gaan-Saraswati.' She provided playback for songs in the film Geet Gaya Patharon Ne. She received the Padma Bhushan and Padma Vibhushan. She was also the recipient of the Rashtrapati Award, Sangeet Natak Akademi Award and Sangeet Samragni Award, among others.

Kishori Amonkar was just a week away from celebrating her 85th birthday. She was born on April 10, 1932.

Promoted
Listen to the latest songs, only on JioSaavn.com
IANS reports that Kishori Amonkar's body has been kept at an auditorium for people to pay their last respects. Her funeral will be held at Shivaji Park Crematorium.