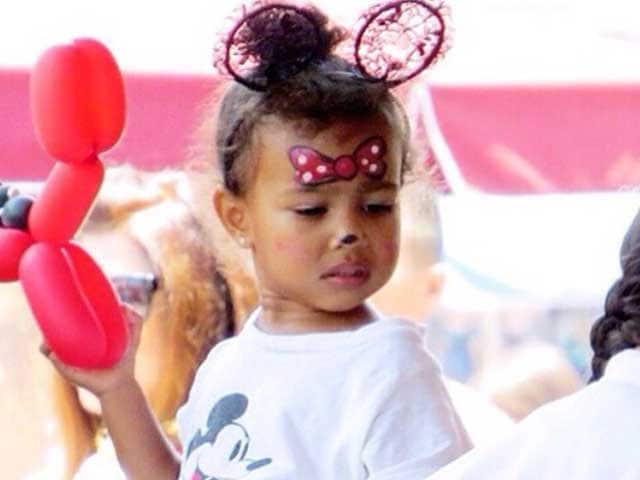 The trio were joined by their family members, including Kendall Jenner, Kylie Jenner and her boyfriend Tyga, Kourtney Kardashian and her son Mason Disick.

Kim posted a picture of North with her face painted as Minnie Mouse and her hair tied in a bun.

Kylie shared a photograph of herelf and a friend posing with gold balloons which read "NORTH".

Kim is now expecting her second baby with Kanye.