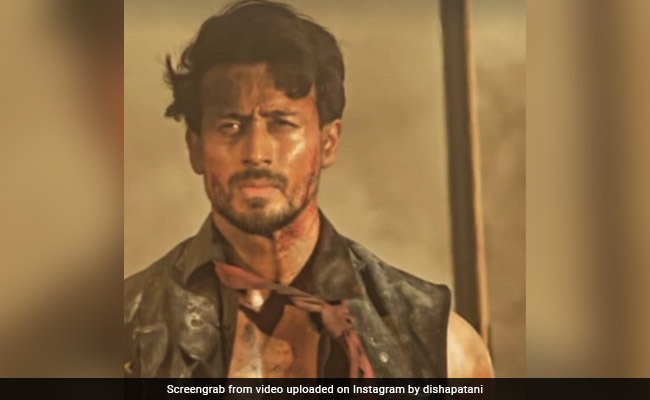 Tiger Shroff's much-awaited film Heropanti 2has hit the theatres today. But before anything else, you must take a look at Disha Patani's review. Disha was one of the attendees at the special screening of the Ahmed Khan directorial. And, she has given a shout out to Tiger Shroff for his “super entertaining” performance. Disha has shared a still featuring Tiger Shroff from Heropanti 2. The text on it read, “What a [fire emojis]. Super entertaining…Killed it, Tiggyyy.” To make it a bit more special, Disha has added red heart eye and loved up emojis. Heropanti 2 also features Tara Sutaria and Nawazuddin Siddiqui. 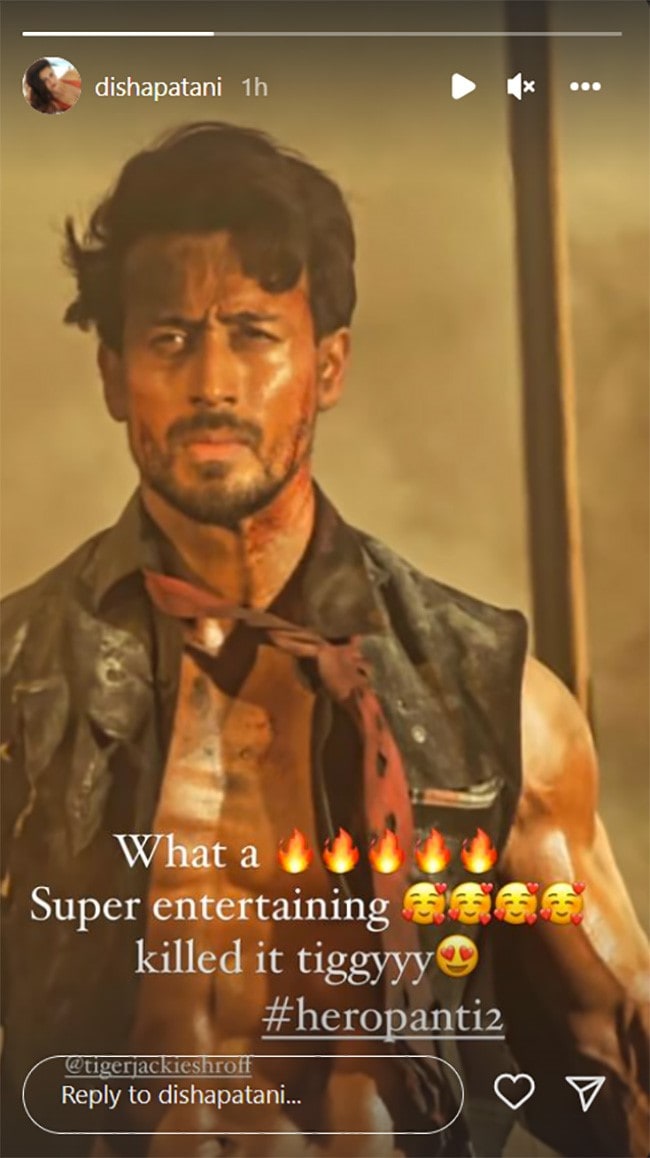 Well, Tiger Shroff didn't miss the shout out post by Disha Patani. Resharing it on Instagram Stories, he wrote, “Thank you so much. I am happy that you liked it.” Tiger Shroff has attached a few red hearts to it. 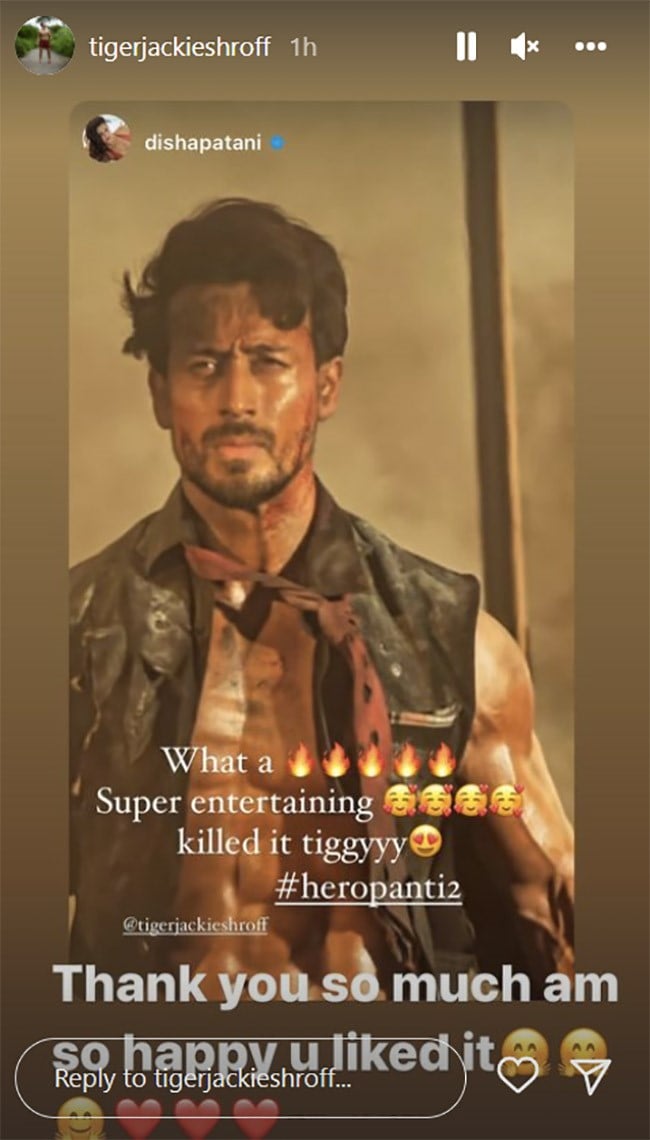 Heropanti 2 is a sequel to Tiger Shroff's debut film Heropanti, which was released in May 2014. It was directed by Sabir Khan. Kriti Sanon also made her debut with this film.

Now, let's go back to the second installment. The plot reloves around Tiger Shroff's Babloo, whose sole mission is to help people at night. And, then, things get a bit complicated when he is sent to Russia on a secret mission. Nawazuddin Siddiqui plays the role of Laila - the bad guy. As he says in the trailer, “Duniya ke saare cybercrime ke peeche ek hi admi ka haath hai. Uska naam hai Laila. [Behind every cybercrime in the world is the hand of one man. His name is Laila].”

Tiger Shroff will be next seen in Ganapath and Baaghi 4. Meanwhile, Nawazuddin Siddiqui has Noorani Chehra alongside debutant Nupur Sanon in his kitty.

Tara Sutaria's next project is Ek Villain Returns. She will share the screen space with Arjun Kapoor, John Abraham and Disha Patani.