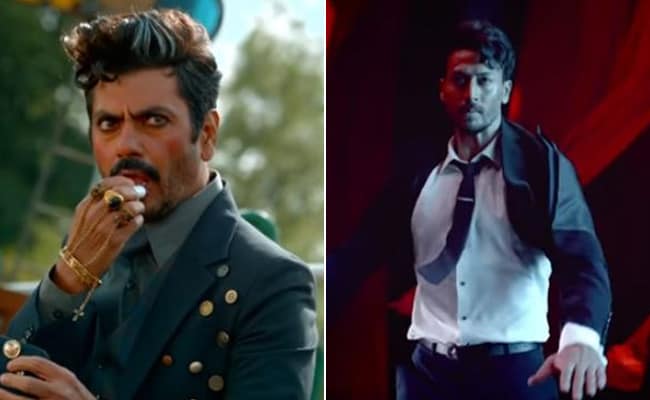 The wait is over for Heropanti 2 fans. The movie's trailer has finally been released. And, Tiger Shroff's admirers simply can't keep calm. Once again, Sajid Nadiadwala and Tiger Shroff are proving to be a power-packed team. Giving us a promise of a high-octane action film, the trailer introduces us to Babloo (played by Tiger Shroff), Nawazuddin Siddiqui's Laila and Inaaya, portrayed by Tara Sutaria. It opens with some mind-boggling shots of Nawazuddin Siddiqui in an eccentric negative role. Introducing the villain, Laila, the voice, in the background, says, "Duniya ke saare cybercrime ke peeche ek hi admi ka haath hai. Uska naam hai Laila. [Behind every cybercrime in the world is the hand of one man. His name is Laila]." Laila is also touted as the "jadugar" as he says, " Mujhe maar dogey to jaadu kaun dikhayega [If you kill me, who will show you magic?]"

Next, the focus is on Tiger Shroff, who reprises the role of Babloo in the second instalment of Heropanti. We are told, "Agar Laila cybercrime ke dunia ka jadugar hai, to Babloo uss jadugar ka mantar [If Laila is the magician in the world of cybercrime, Babloo is the spell needed for that magician]."

While the face-off begins to heat up between the two parties, we hear Tiger Shroff drop a striking dialogue, "Babloo dhundne se nahi... Qismat se milta hain [You can't search for Babloo. You can only catch him with luck]."

Next, we see Tara Sutaria. While she shares scintillating on-screen chemistry with Tiger Shroff, there are glimpses of tension between the two characters. This is hinted at in the caption to the trailer, "Babloo is a computer genius and Inaaya is a self-made billionaire. The two fall in love but due to unforeseen circumstances they suddenly part ways."

We also get a sneak peek into several AR Rahman songs to which Tiger Shroff and Tara Sutaria have danced in the film. The trailer traverses through four lands: Russia, China, Egypt and Africa. The video promises a stunning range of action and stunts in this film.

A day before the trailer release, Tara Sutaria shared Inaaya's first look poster on Instagram. She wrote, "Inaaya, a head-turner who's full of fire."

Heropanti 2 is directed by Farhad Samji and produced by Sajid Nadiadwala. It will be released in cinemas on April 29, 2022.