Kiku Sharda said: "I went to jail for a day and now sir has gone for 20 years." 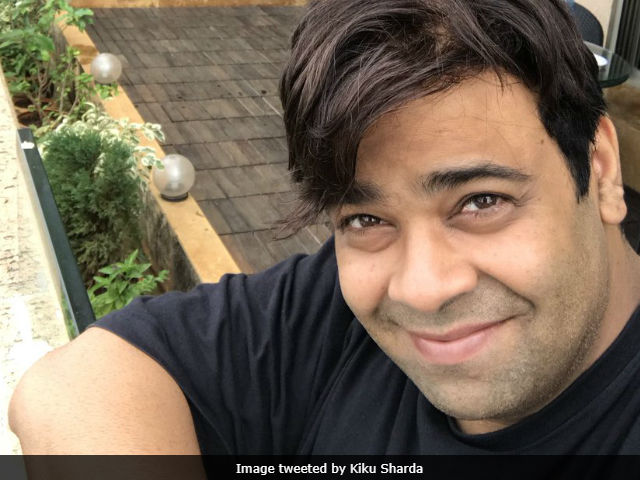 New Delhi: Actor comedian Kiku Sharda invoked Dera Sacha Sauda chief Gurmeet Ram Rahim, who was recently awarded 20 years jail term in connection with a rape case. Once upon a time Kiku Sharda was imprisoned for a day because he impersonated the self-styled godman for a gig - but more about that later. News agency IANS reports that at the song launch event of 2016 The End, Kiku Sharda revisited the controversy with actor Divyendu Sharma. Kiku introduced Divyendu as the actor "last seen in Toilet: Ek Prem Katha" and in response, Divyendu said: "Yes and you were living in jail." To this Kiku said: "I went to jail for a day and now sir has gone for 20 years."

Last year, after Kiku Sharda mimicked Gurmeet Ram Rahim in one of the episodes of Comedy Nights With Kapil, following which he was put behind bars for hurting the religious sentiments Ram Rahim's followers. At that time, actor Rishi Kapoor backed Kiku Sharda and mocked his imprisonment with this tweet:

See this picture!I would like to play this rockstar in a film. Let me see who puts me behind bars? Go Kiku Sharda! pic.twitter.com/8Dfre237NY

Recently, Kiku Sharda and Twinkle Khanna also took a dig at the Dera Sacha Sauda chief in a funny twitter conversation. Kiku tweeted a picture of himself "enjoying a peaceful Chinese meal with no monosodium glutamate" - as Twinkle wrote he should in a column titled "When the Love Charger ran out of battery." Twinkle replied: "And life moves on with its tongue firmly in its cheek"

Promoted
Listen to the latest songs, only on JioSaavn.com
Of Gurmeet Ram Rahim's sentencing and imprisonment, Kiku Sharda told IANS: "Well, things have been proven in the court and now we all know what he did. Justice happened and it was bound to happen, it's karma. But whatever violence took place (following Ram Rahim's conviction) was really sad. We shouldn't have room for violence, we are peace-loving people, and we should stay in peace."