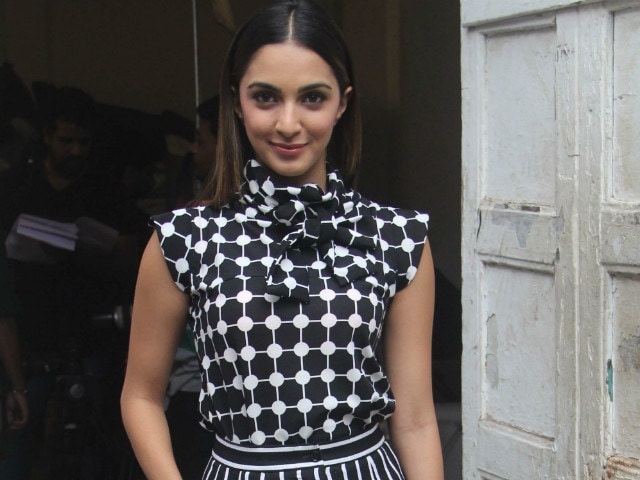 Mumbai: The focus of the upcoming film MS Dhoni: The Untold Story is on its titular character, played by Sushant Singh Rajput.

The publicity campaign has largely been planned around the actor and the cricketer himself, and at times, with actresses Kiara Advani (Sakshi Dhoni) and Disha Patani (MSD's first love, Priyanka Jha). However, between the two girls, the former has barely been at promotions.

Wouldn't Kiara, who made her Bollywood debut with 2014 film Fugly, have liked a wee bit more of the spotlight? The actress says, "I always knew what I was getting into and had no qualms about it. Every character in the film is instrumental in taking Dhoni's story forward."

Kiara insists she feels lucky to be part of a Neeraj Pandey film. "Being directed by him in just your second film is an honour. This is the kind of film that makes history and finds its place on people's DVD shelves. No role is small or big; it is up to the actor to make the most of it. When Sakshi watched the film, she complimented my pairing with Sushant," she says.

Promoted
Listen to the latest songs, only on JioSaavn.com
The actress admits that this film helped her land another big offer, Abbas Mustan's Machine, launch pad for Abbas' son, Mustafa. She says, "If you have watched Abbas-Mustan movies, whether Aitraaz or Baazigar, women have meaty roles. That will be my breakthrough film."