Kiara Advani "thought this was the only solution" 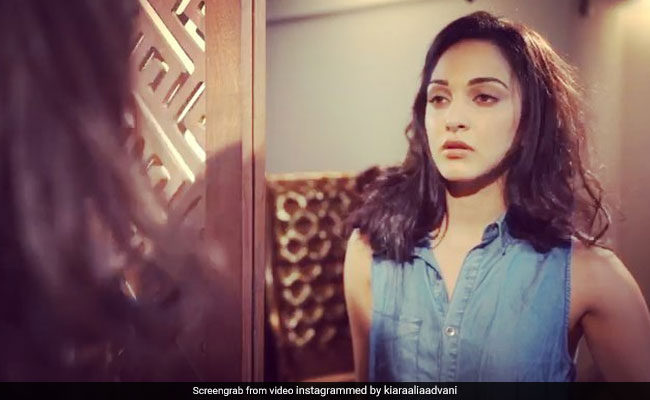 Kiara Advani in a still from the video. (Image courtesy: kiaraaliaadvano)

Kiara Adavani occupied a spot on the list of trends after she shared a video on her Instagram profile on Tuesday afternoon. In the now viral video, the 26-year-old actress could be seen chopping of her long tresses. That's not it, Kiara even showcased her rapping skills in the video and we must tell you that she is pretty good at it. In the video, Kiara raps about her busy lifestyle and how she isn't able to provide her hair the nourishment that they actually need. She accompanied the video with a caption wherein she revealed that she had been "neglecting proper hair care" and that chopping them off seemed like the best alternative. "Guilty as charged! Just had to chop it off, been neglecting proper hair care for too long and thought this was the only solution," read the caption on Kiara's post.

Kiara's video received largely positive reactions. The actress' Instafam absolutely loved her spontaneity and thought she totally pulls off the new look. An Instagram user reviewed Kiara's new look as "cool" and wrote: "Short hair suits you better. You look pretty in both but it is better and cooler." Another section of the Internet was shocked and wrote comments like "Did you really cut your hair?" and "Is this for real." Kiara's video received over 4 lakh likes on Instagram within a few hours.

Guilty as charged!!! Just had to chop it off, been neglecting proper hair care for too long and thought this was the only solution

Explaining the reason behind the sudden hair urge to cut her hair, Kiara told news agency IANS: "I just couldn't deal with it anymore, which is why I decided to take matters in my own hands and chopped it off. Let's see if the new look catches on." The Bharat Ane Nenu actress added, "I love my hair. Who doesn't, but the constant heat and product that goes into styling my hair for shoot and with my busy schedule I've got no time to take care of my hair."

On the work front, Kiara Advani was last seen in Netflix's Lust Stories in a segment directed by Karan Johar. Kiara will next be seen in Kabir Singh, co-starring Shahid Kapoor. She also has Good News, alongside Kareena Kapoor, Akshay Kumra and Diljit Dosanjh in the pipeline.