"My family is in the business but I have always just looked from afar," said Khushi Kapoor 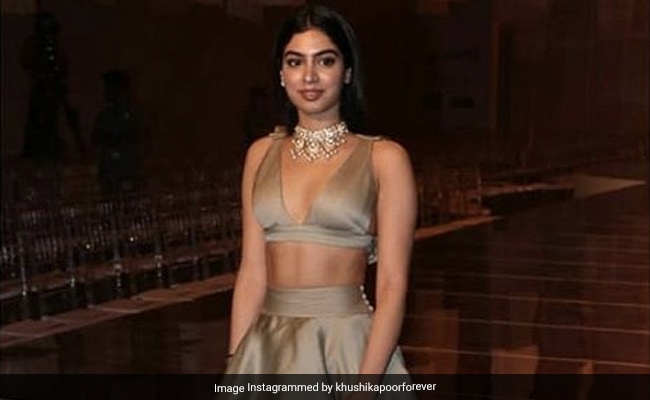 Khushi Kapoor, who aspires to be an actress just like her late mother Sridevi, and sister Janhvi Kapoor, says that she has to "prove herself" and her "place in the industry" before she works with her family. A video of Khushi Kapoor has been doing the rounds on social media, in which she can be seen talking about her love for acting and improv. Khushi, who happens to be a student at the New York Film Academy, began the video saying, "Hi, I am Khushi Kapoor. My family is in the business but I have always just looked from afar." Speaking of her plans of working with her family, Khushi said, "I would definitely love to work with my family at some point in the future. I would like to prove myself and prove my place before I jump into working with my family. There's really no other way to go about it than to immerse yourself into it."

In the video, Khushi talked about her experiences in the classroom and added, "I really enjoy all of my classes over here but the ones that have stuck with me are acting for films and improv. I love acting for films because I feel like I am in a movie and actually working. It's been an incredible experience for me."

Khushi Kapoor has some impeccable genes. She is the granddaughter of producer Surinder Kapoor. Khushi's father Boney Kapoor is also a producer and her mother Sridevi was an actress. Khushi's sister Janhvi and brother Arjun are both Bollywood actors. So are her cousins Sonam and Harshvardhan Kapoor.

Khushi's sister Janhvi Kapoor  is an actress and she debuted in Bollywood with the 2018 film Dhadak. Khushi, who reportedly wanted to be a model, is also an aspiring actress. She flew off to New York in September, last year for higher studies.