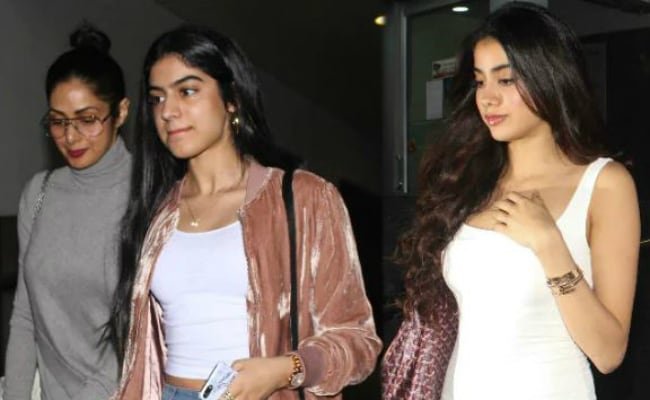 Remember how Janhvi Kapoor wore Sridevi's saree to the National Awards this year? Now, it appears Sridevi's younger daughter Khushi Kapoor has also picked out an outfit - a pair of patch-worked sweatpants - from Sridevi's collections to step out in Mumbai. On Wednesday, Janhvi and Khushi Kapoor were photographed exiting Manish Malhotra's residence - while Janhvi was cute in a white dress, Khushi was casually dressed in the grey sweatpants we mentioned before, a tank top and a black cape. Now, fan clubs on social media have fished out an old photo of Sridevi, in which she can be seen wearing the same pair of pants with a coordinated sweatshirt. 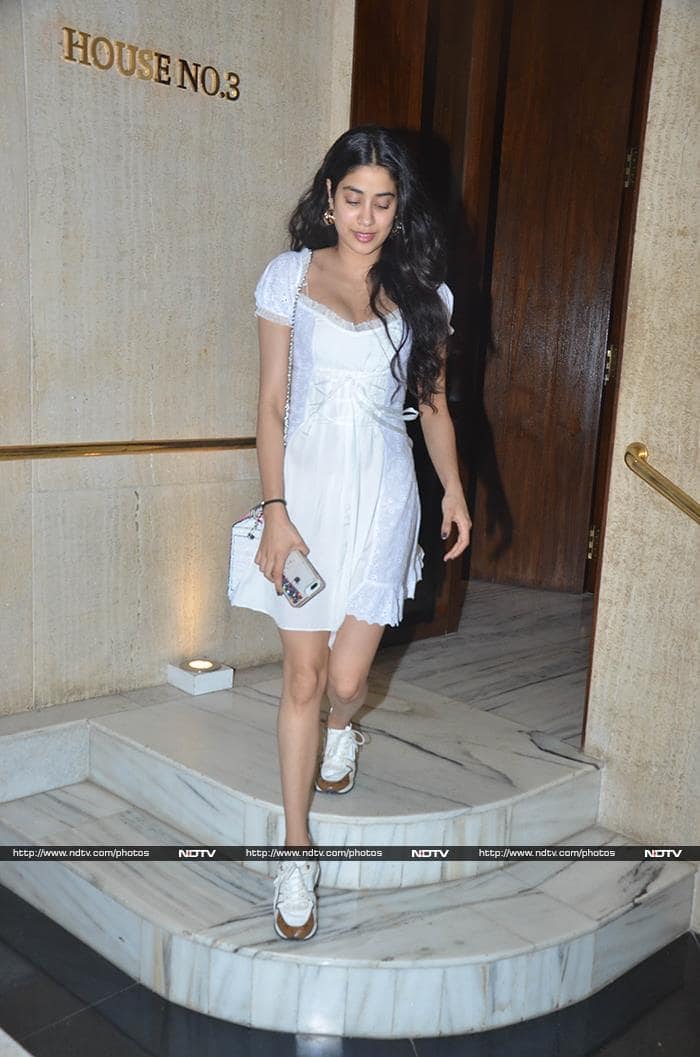 Check this out below:

Sridevi died by accidently drowning in the bathtub of a Dubai hotel on February 22, where she was attending the wedding festivities of her nephew Mohit Marwah. Later in May, the late actress was posthumously awarded her first National Award, which was collected by Janhvi, Khushi and Boney Kapoor at the ceremony. Sridevi's family friend Manish Malhotra Instagrammed to reveal that Khushi wanted to wear Sridevi's saree on the emotional occasion: "The very pretty Janhvi Kapoor as she goes to receive Sridevi ma'am's much deserved National Award for her fabulous performance in MOM. An actress and a human being and the friend that we all miss every day of our life's. Janhvi Kapoor in her mom's personal saree for this emotional and precious moment," he had tweeted.

The very pretty @janhvikapoor as she goes to Receive Sridevi Ma'am's Much Deserved National Award for her fabulous performance in Mom' ... An Actress and a human being and the friend that we all miss every day of our life's ... #jhanvikapoor in her Mom s personel Saree for this emotional and precious moment #manishmalhotraworld .., #kushikapoor #boneykapoor @mmalhotraworld

Soon after, posts in social media reminded us that Sridevi had worn the Manish Malhotra saree for South actor Ram Charan's wedding.

Sridevi was honoured with the Best Actress National Award for her role in MOM. In August, Sridevi was remembered on her birth anniversary with a special screening of her 1987 iconic film Mr India in the national capital.

Meanwhile, Janhvi Kapoor made her Bollywood debut with July release Dhadak and has also been roped in for Karan Johar's Takht.